Mackenzi Lee treats us to an early version of Loki in Loki: Where Mischief Lies. The Loki Lee presents is not yet the confident, scheming, God of Chaos that we’re used to. This one is unsure of himself and his abilities. But his desperate desire for his father’s approval coupled with the pain he experiences when he’s denied that approval, assures us that he’s still our beloved Loki.

Lee weaves an interesting tale of acceptance while staying within the boundaries of Marvel cannon, which the book is part of.  It can be very hard to get readers invested in a story where the ending is, to an extent, already known. After all, this story takes place in early industrial revolution London. We all know that he will be a villain in the coming century so he cannot truly be the hero of the story. However, by using a clever bit of time manipulation Lee introduces the reader to a Loki who is still working to protect Asgard and still hoping to win his father’s love. Readers are able to spend time with a Loki who has not yet become cynical and corrupt. But by the end of the story, he changes and begins to resemble the dark Loki we’re more familiar with.

[Warning: This is my review of Loki: Where Mischief Lies by Mackenzi Lee. Spoilers are below!]

A classic set-up for a classic villian

The first third of Loki: Where Mischief Lies is spent in Asgard setting up a classic family dynamic of a favored older brother, a younger brother starved for approval, and a distant father. This predictable power structure is what drives the rest of the story as Loki tries over and over to best Thor and finally gain Odin’s approval. This dynamic has played out so many times in literature that it is cliched, but Loki believes that if he tries hard enough he can change what everyone else has already decided his fate will be.

Young Loki is not yet the cynical character we’ve seen before and at first, his thoughts and actions feel jarring and wrong. But when you realize just how young he is supposed to be and that he has yet to go through some very formative events, it makes more sense.  Thinking of him as almost a child (even though he’s really a bit older than that) helped me to reconcile the two conflicting characters. 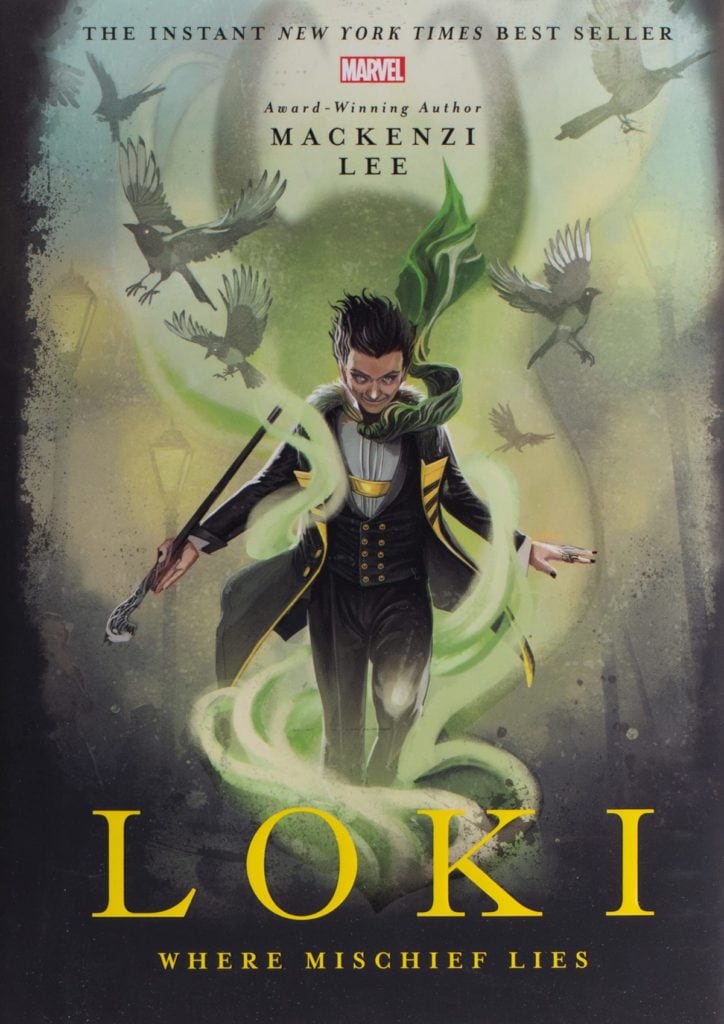 A fun break from set-up

The middle of the story picks up with yet another incident where Loki’s best-laid plans backfire on him, leaving him even lower in Odin’s esteem. Odin then decides to send Loki to Midgard (Earth) to investigate and stop some odd, possibly magical, deaths. Loki views this as the ultimate punishment and approaches the assignment accordingly. He arrives in London at the beginning of the industrial revolution, and let’s just say he is unimpressed with everything from the city to the people to the weather. Lee does a good job of catching Loki’s snarky comments and general attitude as he deals with places and people very different from what he’s used to.

Once Loki meets up with S.H.A.R.P (the original S.H.I.E.L.D.) and begins to investigate the mysterious deaths things get interesting fast. The middle of the story is much more concerned with telling an exciting mystery than with the weightier questions of destiny and fate that the beginning and end deal with.

Loki discovers that an old friend is involved in the deaths he’s investigating. After meeting up with his friend he finds himself unable to betray her to his father, but he equally does not wish to betray his father and kingdom. After some very Loki-ish plotting, deception, and betrayal, he comes to the conclusion that we do choose who we are, but sometimes what we choose is what everyone else already chose for us. Thus the Loki we know and love is born in the end, as we all knew he had to be.

Mackenzi Lee does a good job of sprinkling in Marvel connections in off-handed ways to make the story feel organically part of the Marvel Universe. These small touches help connect readers to a story that is set before most Marvel comics. Seeing the names S.H.I.E.L.D and S.W.O.R.D. thrown out in a passing way is fun. Casually reading the name Stark is a nice Easter egg. Hearing other nicknames and knowing they will eventually be important ties the story to the future added to the excitement of the novel.

It can be extremely tricky to fit prequel stories into the canon. Not only do the stories have to be interesting and emotionally gripping to be successful, but there’s also not a lot of wiggle room for how the characters can grow. By starting with a Loki that still has the potential for good, Lee allows the reader to feel sympathy for him. Even though we all know where the train is going to end, readers are really, really hoping it will work out differently. I won’t spoil the ending, but I think Lee manages to give readers that different ending, if only for a few minutes. It makes for an interesting, satisfying ending that is still canonically correct.

Loki: Where Mischief Lies is worth a summer read

Overall, Lee’s story is good. It is predictable but that is not completely Lee’s fault as she has to stay within the framework of the canon. Loki’s trademark wit and banter are present throughout the book, making for an entertaining read. Anyone who likes Loki or wants a look at what “makes” a villain go bad should enjoy this book. I certainly recommend it for a nice, easy summer read.

Loki: Where Mischief Lies by Mackenzi Lee is available on Amazon and other booksellers now! For more information about the book and other works by Lee, visit this site.

I for one am eagerly awaiting the next installment. But what do you think about Loki: Where Mischief Lies?  Let us know over on Twitter! And if you haven’t already, check out our latest review of Simu Liu’s We Were Dreamers!