Every researcher dreams of getting as close as possible to their subject. But what happens when the researcher gets too close? Under the best of circumstances, it clouds their objectivity and calls their research into question. But if a subject is sufficiently dangerous it can be a deadly mistake. This is exactly what happens to Emily Wilde in Heather Fawcett’s Emily Wilde’s Encyclopaedia of Faeries.

While collecting stories of Ljosland’s Hidden Ones for her book, Emily finds herself caught up in a story of her own. Will her years of study help her to survive or will she disappear into the night like so many others who heard the faerie music?

[Note: While I am reviewing this novel independently and honestly, it should be noted that it has been provided to me by Random House for the purpose of this review. Warning: My review of Emily Wilde’s Encyclopaedia of Faeries contains some spoilers!]

In Emily Wilde’s world faeries are not the myths they are in ours. They are accepted as real, but they are elusive. Humans study them like exotic native cultures were studied in our world just over a hundred years ago, which is when Emily’s story takes place. Emily is a professor at Cambridge who specializes in Faeries. She has spent the last ten years of her life painstakingly researching and cataloging the different faeries of the world, both in and out of the field.

Now she is nearly done. The only thing left to gather information on is the Hidden Ones of Ljosland. These faeries have proven especially difficult to study and Emily is determined to make contact and gather enough information for her book. Ljosland is a cold and inhospitable place. While faeries are usually associated with green things and warmth, the Hidden Ones come with the snow. So Emily heads to Ljosland in October to stay the winter and find her Hidden Ones.

A few kinks in her plan

It should be noted that Emily is somewhat socially awkward. She was drawn to the study of faeries because “to a child who always felt ill-suited to her own world, the lure was irresistible.” So when she arrives at Ljosland she immediately offends the villagers (accidentally) and finds herself in a dirty, drafty cottage with bad food and no help.

To her consternation, Wendall Bambleby, a colleague who she finds extremely annoying, shows up at her door after just a few days. Bambleby gets right to work, endearing himself to the villagers and annoying Emily that is. Actual work doesn’t seem very high on Bambleby’s priority list. Emily is certain that the only reason he’s shown up is to steal credit for her work. However, she can’t seem to make him leave so she’s stuck with him.

Emily may be a little awkward, but she’s used to that. She’s always been this way. So she stays busy with the only thing that makes her feel at ease, research. She manages to make contact with a type of common fae, Poe, that the academic world has never seen before and forges a better relationship with him than with any of the villagers. She also manages to meet and interrogate a changeling that has been terrorizing one poor couple. The changeling is especially exciting for Emily because it is considered one of the courtly fae, the larger and harder-to-find faerie species.

While the changeling is exciting, it is Emily’s relationship with Poe that ends up being most important. Poe shares some very interesting information with Emily about Mr. Bambleby that confirms suspicions she’s harbored for a while regarding him.

Meanwhile, Emily is slipping further and further into her own faerie tale. She believes she knows enough about faeries and how they work to keep herself from being completely consumed by their magic. But pride goeth before a fall. Can Emily really outsmart these ancient tricksters? If she does she’ll save not just herself but the entire village she’s staying at. If she can’t, she’ll become another faerie tale for someone else to study. 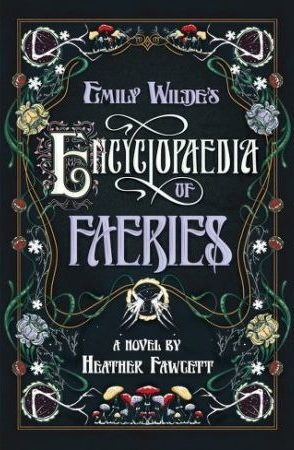 A story about turning a weakness into a strength

Let me say that I’m not sure I have ever seen myself in a character as much as I did in Emily Wilde. Everything she said, did, and felt I screamed “me too!”. So needless to say, I really enjoyed Heather Fawcett’s story of this “library mouse” misfit. Emily doesn’t fit in with people. She’s not really sure how to connect with them and would rather be left alone with her books. To be fair, she doesn’t just want to learn through books. She wants to explore, find, and learn firsthand as well. Everyone around her sees this as “bad”. She should be more involved with people but she’s happy with life the way it is.

Then she travels to Ljosland and gets pulled into the middle of a faerie tale. It’s quite different from studying them on the outside, to say the least. But Emily is able to put her encyclopedic knowledge of faeries and their behavior to good use. Without her years of dedication to this field, things would have turned out very differently. In the end, Emily was the perfect hero just the way she was.

Emily does end up bonding with the villagers and opening up a little more to them. But the really nice thing is they understood that she was just more of a loner and accepted her that way instead of trying to make her more extroverted. As a life-long introvert who is always looking for the door in a crowd, it was comforting to see her accepted and to feel that acceptance vicariously.

A complete story, with more to come!

Okay, so those who have read some of my other reviews know that cliffhanger books are a pet peeve of mine. Emily Wilde’s Encyclopaedia of Faeries is not a cliffhanger. It perfectly ended the complete story and didn’t leave any dangling threads. But after the last page, there was a simple statement that Emily and Wendell would be returning in book two. I was ecstatic to hear that because I really enjoyed their adventures but hadn’t been expecting a second book. This is a series done right!

Get lost in Emily’s story today

I absolutely loved Emily’s story. Fawcett created a strong and unique character. Her story took some unexpected turns as it weaved through different faerie lore. The play between Emily’s focused, standoffish personality and Bambleby’s social, lazy attitude was hilarious. I was often in stitches as the two of them faced off.

Fawcett’s faeries are not the floaty, air-headed nymphs of most modern media faeries. Her faeries may not always make sense to humans but they are manipulative and vicious. These faeries are dangerous and that made them all the more interesting.

Even if faeries aren’t usually your thing, you might like Fawcett’s faeries. Really, the story is so well told and funny that pretty much everyone should be able to enjoy it. I already can’t wait for the next book. I think I’ll go read Emily Wilde’s Encyclopaedia of Faeries again while I wait.

Emily Wilde’s Encyclopaedia of Faeries is available now. Does this novel sound like one you’d enjoy reading? Let us know on Twitter or in The Cosmic Circus’s Discord. And if you haven’t already, check out another recent book review, Mr. Breakfast!