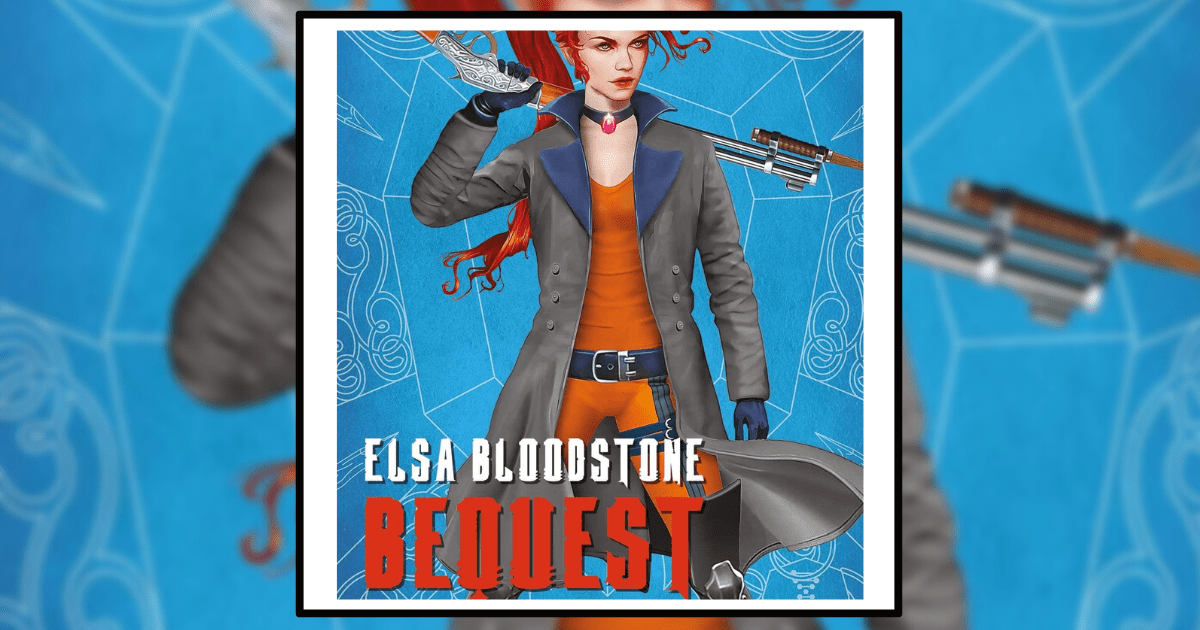 Elsa Bloodstone is one tough cookie. She travels the world fighting monsters so the rest of us can sleep a little safer at night. She’s a master of weaponry and hand-to-hand combat and is extremely formidable on her own. Add in her bloodstone shard choker that she inherited from her father and all the advantages it gives her and she becomes basically unstoppable.

In Elsa Bloodstone: Bequest A Marvel Heroines Novel author Cath Lauria sends Elsa on a world-tour monster-fighting adventure. Coming along is a newly discovered sister. Together they work to uncover who is behind a scheme to steal the bloodstone shards for themselves. Lauria spins an exciting tale with plenty of action that still manages to have some heart. Elsa Bloodstone: Bequest was certainly worth the read.

[Note: While I am reviewing this novel independently and honestly, it should be noted that it has been provided to me by Aconyte for the purpose of this review. Warning: My review of Elsa Bloodstone: Bequest A Marvel Heroines Novel contains some spoilers!]

A loner teams up

Elsa is a very strong, self-reliant woman. She prefers to work on her own and she’s more than capable of handling even very tough situations. We see this right off the bat in Bequest when she is clearing a cemetery of ratmen and is attacked by a team of mercenaries. Even though she has already been fighting monsters, and the mercenaries outnumber her 5 to 1, she makes short work of them thanks to her intense training and the help of the bloodstone.

When she gets home from this little adventure she finds a major revelation waiting for her. It is a (much) older sister, Mihaela. Elsa has never heard of her before and is very suspicious of Mihaela but admits that it isn’t the first time her father kept things from her.

Mihaela has finally sought Elsa out after all these years because her shard of the bloodstone has been stolen from her by a team similar to the one that came after Elsa. She wants it back. Elsa wants to find out who is trying to collect the shards and why. Elsa wants to find out by herself but Mihaela is adamant that she comes along as well. She claims that the shard carries extreme sentimental value for her because of the connection to their father, but Elsa is sure there is more going on.

A globe-trotting adventure for Elsa Bloodstone

After finding out that there may or may not be more shards out there, Elsa decides to check all their father’s bases to see if he secreted away any others. The sisters take off and explore the bases one by one and notice an odd pattern.

Each base seems to have just been visited by someone else, and whoever beat them to each place left presents behind. Not the good kind either. The sisters narrowly escape death at each stop. But Elsa can’t help but notice that while the traps are all very deadly, they all seem to have warnings or other aspects that help the sisters to survive. It seems to her like someone is playing with them but she can’t figure out why. As the sisters continue to gather information Elsa starts to really notice something is off about her sister. At first, it’s little things that don’t add up but eventually Elsa comes to a shocking conclusion about Mihaela that changes her whole perspective on the bloodstone recovery quest. Can Elsa trust Mihaela after learning her secret?

An intense ending for this Marvel Heroine Novel

After traveling the whole globe one step behind their tormenter, Elsa and Mihaela finally come face to face with him. They are led into a very elaborate arena battle where they face multiple opponents before being pitted against each other. To ensure they fight, their capture makes an offer, he only needs one shard of the bloodstone so whoever lives will be allowed to keep their piece. Elsa doesn’t want to kill her sister, but she isn’t about to become a martyr either.

Is there a way they can both come out on top? Maybe, but it will require a level of trust that Elsa isn’t sure she feels with anyone, let alone a sister she didn’t know existed a week ago.

Elsa is a loner. She never felt close to her father. She loves her mother but she’s had to distance herself from her because of her work. Elsa cares for her younger brother, Cullen, but she isn’t close to him. It’s more of a general, no one hurts my family kind of caring instead of a personal rapport. She doesn’t even like working on teams. She can do it, but she doesn’t like it and they never last long.

Then in comes this 60-year-old-looking woman claiming to be her sister and refusing to be left behind. At first, Elsa is annoyed. But as Mihaela proves she can keep up she is begrudgingly impressed. She even finds herself feeling worried about Mihaela.

As the adventure continues she even (gasp) starts to like her! They have a minor setback when Mihaela’s secret is revealed but they work past it pretty quickly and by the end of their adventure Elsa trusts Mihaela (literally) with her life.

Exclusive: The Future of Monsters in the MCU 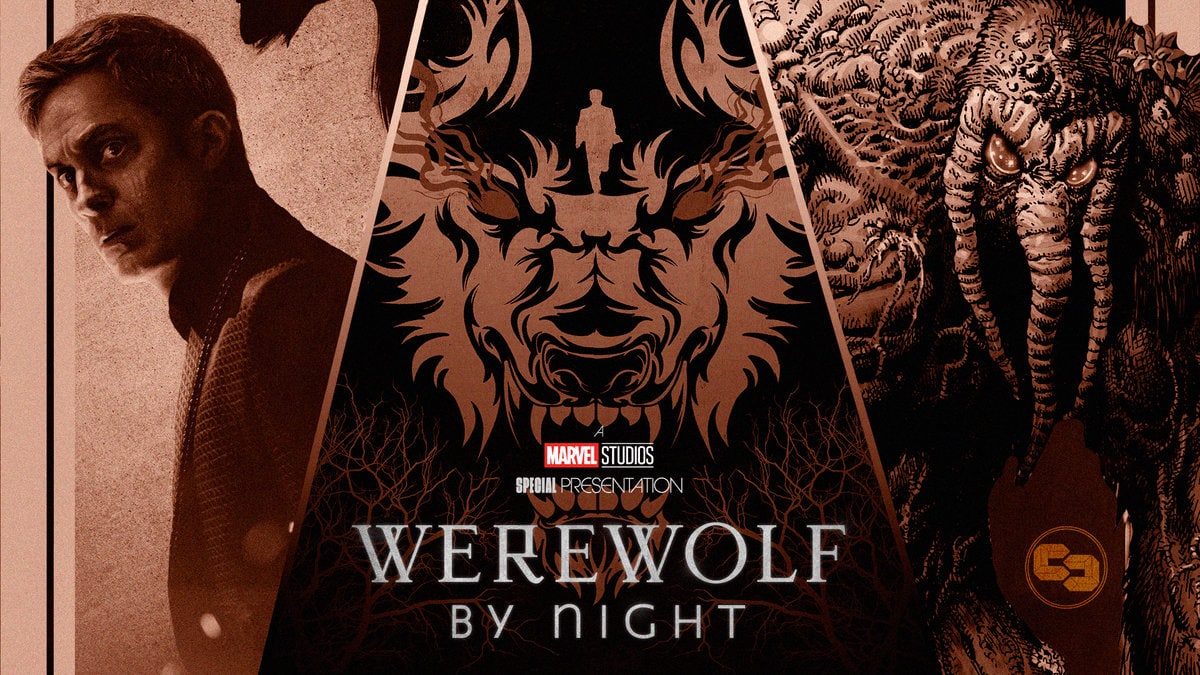 I really like the character growth in Bequest. Elsa starts as a very stereotypical female hero. In an attempt to make her all about woman power she is all muscle and no heart. This is an annoying trap that a lot of female heroes fall into. For some reason, women can be strong or they can be emotional, but they can’t be both, which is ridiculous.

I’ll admit that when the book started I rolled my eyes a little thinking that Elsa would follow this same pattern. But as the story progressed she softened up and became more 3 dimensional. Her progress from hard-hearted loner to caring sister was genuinely nice to see.

A fun adventure full of monsters and mahem

Of course, Elsa and Mihaela didn’t just spend the book hugging it out. They fought monsters and dodged booby traps all over the world. Mihaela impresses Elsa and me with her abilities and determination each step of the way. In fact, I was so impressed that I caught on to her secret long before Elsa, although I wasn’t personally fighting off monsters so I’ll excuse Elsa for not seeing it sooner.

The fight scenes were great and the banter was spot on as well. The sisters are funny as they snip at each other throughout the trip. I always like it when a book has me laughing out loud, especially when it’s not actually a comedy. It makes the experience so enjoyable!

There were a lot of Marvel name drops in the book as well. Elsa is very well connected and she has no problem mentioning heroes she’s worked with. It’s done in a very natural way though. It doesn’t feel forced, just like this is her life so the names come up as she’s talking. It made the book feel very connected and real, especially for a heroine that I wasn’t previously acquainted with.

I really like Elsa Bloodstone: Bequest. It was refreshing to read about a heroine that wasn’t all sharp edges but was 3 dimensional. Elsa lives in an interesting mix of magic and monsters that had a surprisingly real feeling. Lauria uses enough humor in the book to make it thoroughly enjoyable without becoming silly and it’s all appropriate for even young readers. I highly recommend this book for everyone to read.

If you haven’t already, check out my latest review from Aconyte Books, Secrets in Scarlet: An Arkham Horror Novel edited by Charlotte Llewelyn-Wells!