Book Review: ‘Beyond the Wand: The Magic and Mayhem of Growing Up a Wizard’ By Tom Felton 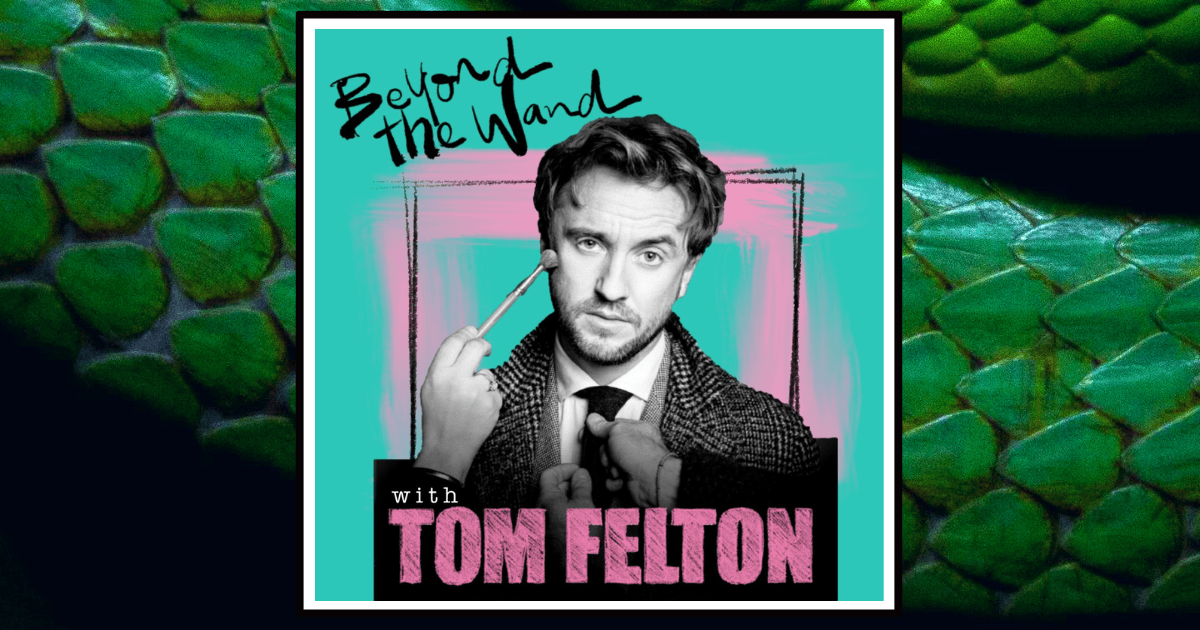 Book Review: ‘Beyond the Wand: The Magic and Mayhem of Growing Up a Wizard’ By Tom Felton

For those of us who can remember our childhood and adolescence, I think we can all agree that growing up isn’t always sunshine and rainbows. We learn through experience, with the goal to become functional adults, though not every experience is enjoyable. Sometimes the best lessons come from the hardest falls, where we get back up with a scraped knee and a bruised ego and continue on.

No one seems to know this lesson more so than Tom Felton. In his memoir, Beyond The Wand: The Magic and Mayhem of Growing Up a Wizard, Felton shares a series of raw and personal essays mapping out his life from his early years, to long after he hung up his cloak and wand.

The majority of the novel is anecdotes from his time in the Harry Potter franchise, as well as stories and impressions of the people he worked with who completely changed his life and the trajectory of his career. Felton shares the good and the bad, never shying away from the parts that paint him in a less-than-stellar light.

Beyond The Wand is a fantastic deep dive into the mind of Tom Felton, one that changed how I looked at the actor. The novel shows a more down to Earth individual who has lived more life in his thirty-five years than others have in their entire lives. If this memoir isn’t on your to-read list yet, I think by the end of the review it’ll be near the top.

[Note: While I am reviewing this novel independently and honestly, it should be noted that it has been provided to me by Grand Central Publishing for the purpose of this review. Warning: Spoilers from Beyond the Wand by Tom Felton are below!]

Tom Felton’s early years in Beyond the Wand

Instead of jumping straight into his years playing the blonde hair and stuck-up Draco Malfoy, Felton begins Beyond the Wand taking readers back to an earlier time in his life. Before the magic, before the acting, back to a time when he was just the youngest of four children living in Surrey.

He spends quite a bit of time establishing each of his family members, such as bringing to life the best and worst of having three older brothers and what life was like after his parent’s divorce. Each brother helped to shape Felton in major ways, such as imparting in him the love of acting or instilling a rebellious side that gets him into quite a bit of trouble. They are his biggest fans and also the individuals that would bring him back down to Earth if ever he got a big head.

Felton goes on to describe his journey into acting, such as his humble beginnings in The Borrowers, where he wore a clown old wig that didn’t fit properly, to his early auditions for the Harry Potter franchise. He writes about how acting began as nothing more than a hobby, a zero-pressure way to have some fun. His initial Harry Potter audition with Chris Columbus is definitely a story that needs to be read, as it shows just how the actor secured the part of Draco.

Many of these early-year vignettes are hilarious in nature, though that isn’t to say that all the stories are nice and clean. There’s a bit of Draco in Felton, so much so that he develops a bit of a reputation on set.

The later years of Harry Potter and Beyond

The section I was most excited to read was that of Felton’s time on the Harry Potter set and that part definitely didn’t disappoint. He recants about how Draco goes from a primary school bully to a more well-rounded and “likable” character.

He credits this change, and his performance for that matter, to those around him. From the directors to the writers, to those starring in scenes with him, Felton gives everyone their credit. He speaks highly about Alan Rickman, Helen McCrory, Jason Isaacs, and honestly, the list goes on and on. Each individual contributed to his performance as Draco in some way, with many of these individuals impacting his life as well too.

Tom Felton also writes about how each of the main trio impacted his life in ways he can never thank them enough for. However none as much as Emma Watson, whom he spends an entire section talking about. There’s a love and connection that exists between these two people that brought tears to my eyes. A connection that wasn’t romantic, but something deeper. Emma Watson is described as understanding Tom Felton in a way that no one else ever will. This section alone is worth buying this book for.

Beyond the Wand also spends a significant amount of time exploring Felton’s life after Harry Potter. This period has some of the actor’s highest and lowest points in his life. It’s perhaps the realist part of the novel, separated from the magic and instead addressing what it’s like to be an actor and what that does to an individual’s mental health.

This section also helps the most to ground Felton as a human and not just a star. He writes about topics that we all deal with, showing readers what rock bottom looked like for him. It may not be the same rock bottom, but his raw stories are relatable because so many of us have been there.

The good and the bad of Beyond the Wand

As a long-time Harry Potter fan, this book was a must-read for me. It shines a new light on the making of the franchise, which as someone on the outside you don’t always get to see. While I came for the tiny morsels of magic, what gripped me more than anything was Felton’s reality and the candor he has with the reader.

Felton opens the memoir with an anecdote about some “illegal activity” he and some friends did at an early stage. From that moment on he sets the stage that he isn’t going to sugarcoat any of his experiences. While that is admirable from the get-go, I appreciated that candor even more in the final sections. His exploration of his own mental health will perhaps help others, which seems to be his ultimate goal.

This healthy dose of honesty helps me to forgive some of the middle section where he is complimenting one actor after another. From anyone else, this would have felt like over-the-top ass-kissing or a downplay of these individuals’ negative attributes. However, by the time you reach the end, you come to understand that everything Felton says is true to how he feels. His honesty equates to his integrity, never turning a blind eye to his strengths or his weaknesses.

Final Thoughts on Beyond The Wand

As I said before, if you’re a big Harry Potter fan like I am, this memoir is for you. Felton’s rich exploration of his life shows that he is nothing like his character, however, still has a bit of Draco in him. I laughed, I cried, and I felt like I had become friends with a guy I never met.

Beyond the Wand is a quick read, with hilarious stories of a child actor, who grew up and lost his way, but also managed to find himself in the process. If you read a single book this year, I suggest it be this one.

Beyond the Wand: The Magic and Mayhem of Growing Up a Wizard by Tom Felton is available now! And if you haven’t already, check out our review of Uncanny Times: A Hunstmen Novel by Laura Anne Gilman!