Book Review: ‘A Dowry of Blood’ by S.T. Gibson Book Review: ‘A Dowry of Blood’ by S.T. Gibson

October is here, which means it’s time for another vampire romance. It’s been a common trope since Bram Stoker’s Dracula: A powerful vampire comes in and sweeps an unsuspecting woman off her feet. Sometimes it’s his charm, sometimes it’s good looks, sometimes he has hypnotic powers, the exact mechanism varies but the overall story is the same. A Dowry of Blood continues this tradition through the story of Dracula’s bride, Constanta. S.T. Gibson includes a lot of racy scenes to get your blood flowing but the overall story was rather disappointing.

[Note: While I am reviewing this novel independently and honestly, it should be noted that it has been provided to me by Redhook Books/Orbit for the purpose of this review. Warning: My review of A Dowry of Blood contains some spoilers!]

A bride found in A Dowry of Blood

The jacket cover tells us that this is the tale of Constanta, Dracula’s first wife. That is the only confirmation that we get of who her “husband” is in the book because Constanta chooses to never name him. It is her own sort of revenge, taking away his name and reducing him to a character in her story instead of the main role.

He finds her on the brink of death, left for dead by raiders that destroyed her entire village. Because her will to live is so strong he decides to “rescue” her by changing her into a vampire. Then he renames her “Constanta”, her old name is instantly forgotten and never used again. He allows her to take revenge on the men who almost killed her and then he takes her back to his castle. Once they get to the castle he basically imprisons her, bringing victims to her and never allowing her out. She accepts all this without question.

They remain like this until the plague comes to their area. Although they are immune to it, the villagers around them are not. He knows from past experience that they will be blamed in the end so he and Constanta leave. She gains a small bit more freedom as they roam around Europe, trying to stay ahead of the plague. But he remains extremely controlling and emotionally abusive.

Eventually, they end up traveling to Spain to stay with a pen pal of his, Magdalena. Constanta is immensely hurt when she realizes that he intends to turn Magdalena and add her to the family. However, her anger and hurt are forgotten within the first night as they all join in bed to consummate the “marriage”. Even as she admits that everything about the meet-up was manipulated by him and she had no real choice in it, she seems content to drop her anger and allow it to happen.

After some time Magdalena becomes depressed. She was a very strong woman who was used to running her section of Spain by herself in a time when women were thought to be good for breeding. Now she was reduced to a concubine of an abusive man with no control over her life. In an attempt to placate her, he changes the beautiful Alexi. Magdalena instantly takes him as a lover and Constanta takes a motherly position over him. It helps to hold the family together a little longer but it is also his undoing.

See, up until this point, his abuse had all been emotional. He was completely controlling and loved to belittle his wives but he never got physical with them. However, when Alexi challenges him, Dracula does finally hit him. And that is the straw that breaks Constanta’s back. She won’t allow him to hurt the boy she’s come to see as both a son and a lover. Constanta knows there must be a way to destroy him and she won’t stop until she does.

A Dowry of Blood lacks substance

But by far the biggest disappointment was the female characters. Supposedly he chose Constanta because she was so strong but she never really chaffed at the complete control he demanded over her. She always had to just accept whatever he wanted, full stop. She might whine slightly, mostly in her head, but she happily ends up doing what he wants without any real pushback.

Magdalena was worse. She was an extremely strong and independent woman who reveled in her power. Magdalena even says that she will never get married and will do whatever she wants for the rest of her life. But within hours of meeting him, she happily becomes another shut-in concubine who is never allowed to go anywhere without him.

I know that there are abusers out there that live to break powerful women and that is what Gibson was probably going for, but the speed with which these strong, powerful women become willing submissives is unrealistic and just insulting to women. It was very disappointing to watch them limp along in fear of him, totally counter to the people they once were.

If you have a vampire fetish or a submissive fetish (maybe, but they weren’t really subs and he wasn’t really a master) then you will probably enjoy this book. Otherwise, it wasn’t really that great and there are other books out there that do this story much better. I would also give an age warning, under 16 need not apply, there is a lot of sex and some are vividly described.

I will give the author this, she included a note right at the beginning listing all the things that could possibly be considered triggers that are included (in vague terms of course) as a warning to those who might not want to read such things. It’s not something I’ve really seen before in a book but it was a nice touch.

So to reiterate, I don’t really recommend this book. But if you are really into vampires or want some specialized softcore this could be what you want. Maybe just skip around to the sex scenes…

A Dowry of Blood is available now. Have you read the novel? What are your thoughts on it? Let us know on social media. If you haven’t already, check out my other latest review on another Orbit novel, The Monsters We Defy!

Book Review: The Monsters We Defy 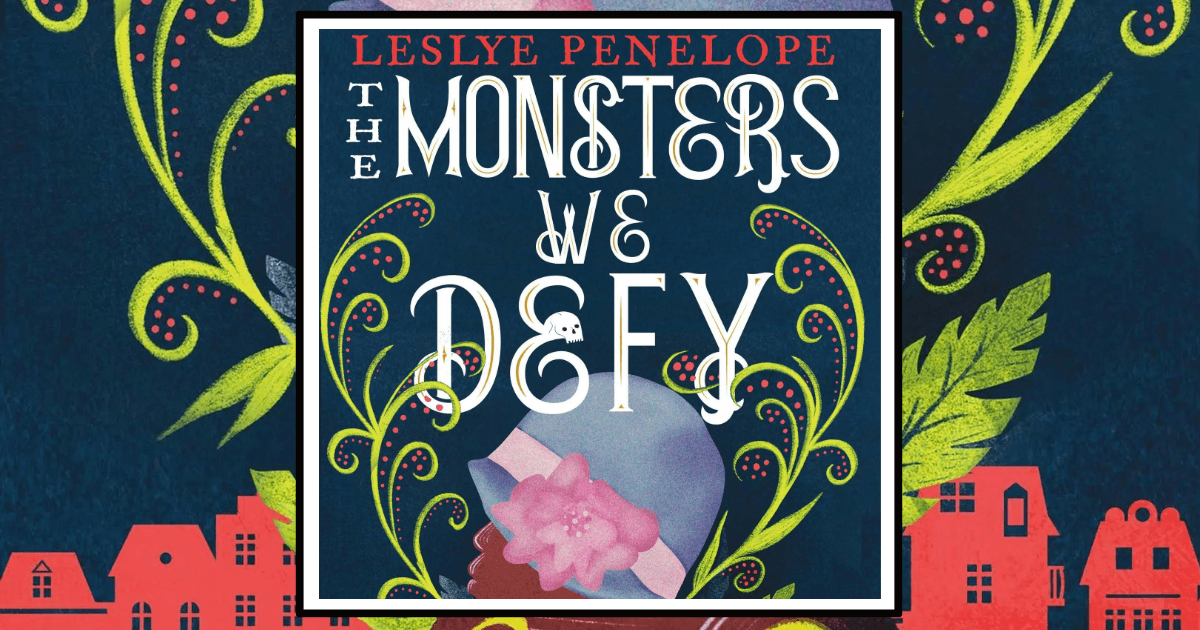