After 3 years of waiting, I’ve finally been blessed to get my hands on the first 3 episodes of the animated series, Blade Runner: Black Lotus. This is the third installment and premiere television series in what could now be considered the “Blade Runner franchise.” While the promotion and trailers left me conflicted, I went in with an open mind.

That being said, Blade Runner: Black Lotus is good, and it has me hooked.

The creatives behind the show have varying experiences with the Blade Runner stories. Writer Alex de Campi and co-director Kenji Kamiyama are new to this world. But, Do Androids Dream of Electric Sheep? author Philip K. Dick has a writing credit on the show for the characters, and co-director Shinji Aramaki was involved with the Blade Runner: Blackout 2022 animated short. The comfortable familiarity mixed with fresh faces and ideas should bring some really good stuff for the show.

Regardless of the creative talent, my biggest fear and the cause for hesitation about this show was the animation style. Right from the jump, the very first time I saw it, I was frustrated and disappointed. 3D animation is hit or miss for me, and whether or not it works usually depends on a project-to-project basis. Somehow, this entire show’s animation ended up being hit or miss.

The show walks the line between the uncanny valley and hastily animated video game cut scenes with some shots. With other shots, the animation is drop-dead gorgeous, and you completely forget that it’s animation. Particularly with one recurring shot, when a spinner slowly floats towards the ground and steam just envelopes the whole vehicle: it’s breathtaking. The good news is, this series is nice to look at far more often than it isn’t.

As far as the story goes, I’m not sure there’s a lot to chew on yet. The slow nature of the story branches from our main character’s conflict: her memory. The show opens with Elle (Jessica Henwick) waking up in the back of a truck with only fading memories and a piece of undefined tech, and the rest of the show unravels as she begins to learn more about herself, her past, and the people around her. 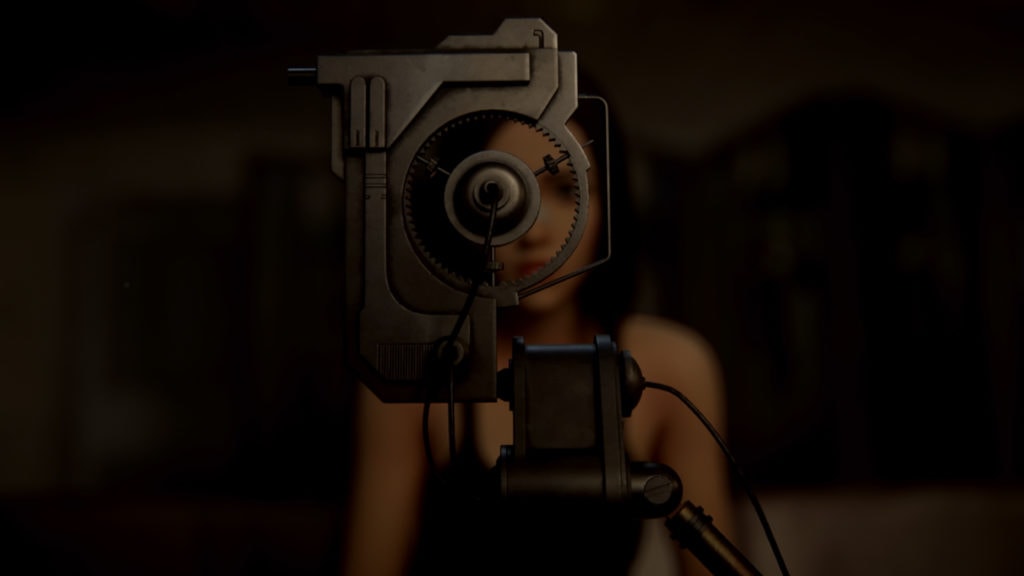 Every piece of film or series is going to slowly flesh out the main character more and more over time, but because of how they’ve decided to go about it, the character is hard to relate to from the beginning. The good news is, this is nothing new to fans of the Blade Runner world. The main characters of both previous films, Deckard (Harrison Ford) and Joe (Ryan Gosling), had critical pieces of themselves brought into question, not dissimilar to the way that Elle is shrouded in fog and is fighting to discover herself.

The show sits pretty comfortably on the timeline between both films (13 years after the first film, 10 years after the blackout event, and 17 years before the second film). The show isn’t without its references to the other films though, particularly Blade Runner 2049. Both Doc Badger and Niander Wallace show up here.

Doc Badger was a more than welcome surprise to see show up. Barkhad Abdi, who played him in Blade Runner 2049 and voices him here, is an incredible actor and has proven that before. Niander Wallace, who was previously played by Jared Leto, is now voiced by Wes Bentley (a more than welcome replacement for Leto). As for these two’s roles in the show going forward, it’s not super clear, but I’m excited to see more of them both.

Blade Runner: Black Lotus has had quite the interesting first 3 episodes. It’s had action, introspection, mystery, and all the stuff that I think Blade Runner fans will like. More importantly, though, it’s not just more of the same. It’s done differently, and they’re taking a new angle — keeping it interesting. That’s what I wanted to see, and that’s what I’m getting.

For a few of my thoughts on the Blade Runner films, check out my article ‘Blade Runner’ and the Question of Self here.

Blade Runner: Black Lotus premieres on Adult Swim and Crunchyroll on November 14th. You can check out the trailer below!