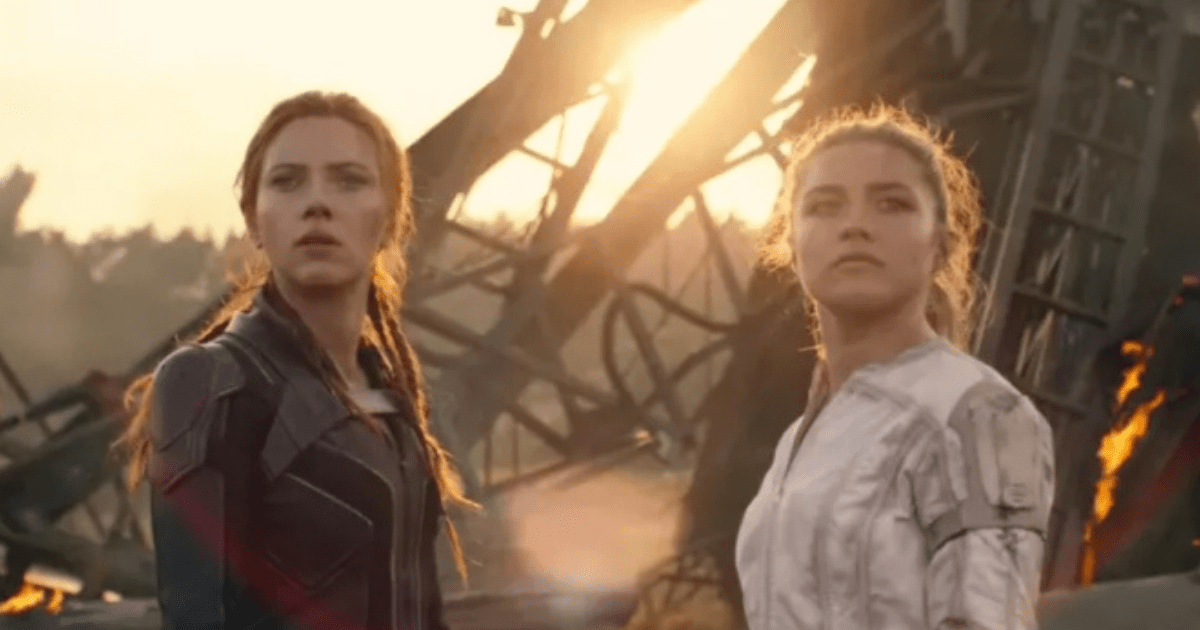 Black Widow starts with a really sweet opening. The dialogue is a bit clumsy but the tone and direction are strong, and Lorne Balfe’s score really sells it. Heading into the opening credits, I was stunned by the originality of the Marvel film.

Usually, the MCU does stylized credits at the end of the movie, but Black Widow uses the credits at the beginning as an opportunity to do a shorthand origin story for Natasha. They’re done in a particular way to immediately tell the audience that this is a DIFFERENT Marvel movie. To me, the credits demonstrated how intensely the movie wanted to have A TONE. The credits promise a very specific tone that is unlike anything in the MCU, almost like an earnest, loving indie fan film (in the best of ways).

And to its credit, a lot of the movie does feel different. For the first time in 10 years, Scarlett Johansson’s performance reminded me of her early acting career and how much I loved her in Lost in Translation.

From the beginning of the movie, the pacing and storytelling is a bit wonky, but I consistently enjoyed the direction and score for most of the film. This was obviously inspired by the Russos’ Captain America movies (even the giant location titles are straight from Civil War), BUT in a key way, Black Widow is filmed to feel more natural: Less polished and more personal.

I found myself enjoying the intimate scenes even more than the action scenes, and many of the action scenes were still pretty good. I really appreciated how director Cate Shortland wasn’t afraid to slow down with the character moments, in a way that few Marvel movies thus far have ever cared to. I loved that.

Most surprisingly, the movie has a bunch of bonkers sci-fi ideas that I was thrilled by. Without spoilers, there’s a bit of psycho-horror, a bit of philosophy, a bit of wacky comic science that I never expected in a movie like this, and I relished every bit of it. I didn’t expect the Mission Impossible/James Bond influence to spread from stunts to sci-fi. If Marvel Phase Four uses ideas like these in a grounded film like Black Widow, I can’t wait to see how crazy they get with their really outlandish projects coming up.

Unfortunately, as the movie went on, the strain of balancing intimacy, bombastic action, and the conspiracy plot overloaded the flow of storytelling entirely. By the second act, it was clear that the movie was either quiet intimacy or relentless action, with nothing in between, and it only got worse as the film went on.

I got whiplash going back and forth with the sudden changes in dynamics. No pacing, no tension, no build-up, nothing driving the movie – just quiet moments interrupted by surprise action, looped on endless repeat with minimal interstitial setup holding the scenes together.

The movie tried to retroactively create a story engine in the third act, but for me, it was too late and too messy. As much as I enjoyed the direction of the first half, the mind-numbingly bombastic last act threw away almost all the goodwill earned. I totally zoned out for several minutes of explosions, and even though I was watching at home, I didn’t care enough to even rewind to catch what I missed (of course, nothing important).

Overall, Black Widow was much better than I expected, and I’m happy about it. The script feels a bit lazy, but they clearly tried to make it special. You can almost count the separate story drafts they glued together for this, and it’s almost endearing.

There’s a bunch of neat ideas, a beautiful score, some cool action, some transcendent quiet moments, and plenty of character-driven direction overall, but for me there just wasn’t enough in the script or pacing to tie it all together between scenes. It’s a bit disappointing because there’s enough here that could have made a stellar movie with a few changes to the plotting and pacing.

Sadly I’d say that, as a whole, the final film isn’t really necessary or worth seeking out. It’s a fun new MCU action movie if anyone ever wanted a new MCU action movie. It’s such a shame because I think the first half was really strong and totally unique in the MCU, with a strong focus on character moments punctuated by occasional action beats. But as the action ramps up, Black Widow‘s struggle to create a plot worsens until the last act almost literally blows up the wonderfully sincere character drama this could have been.