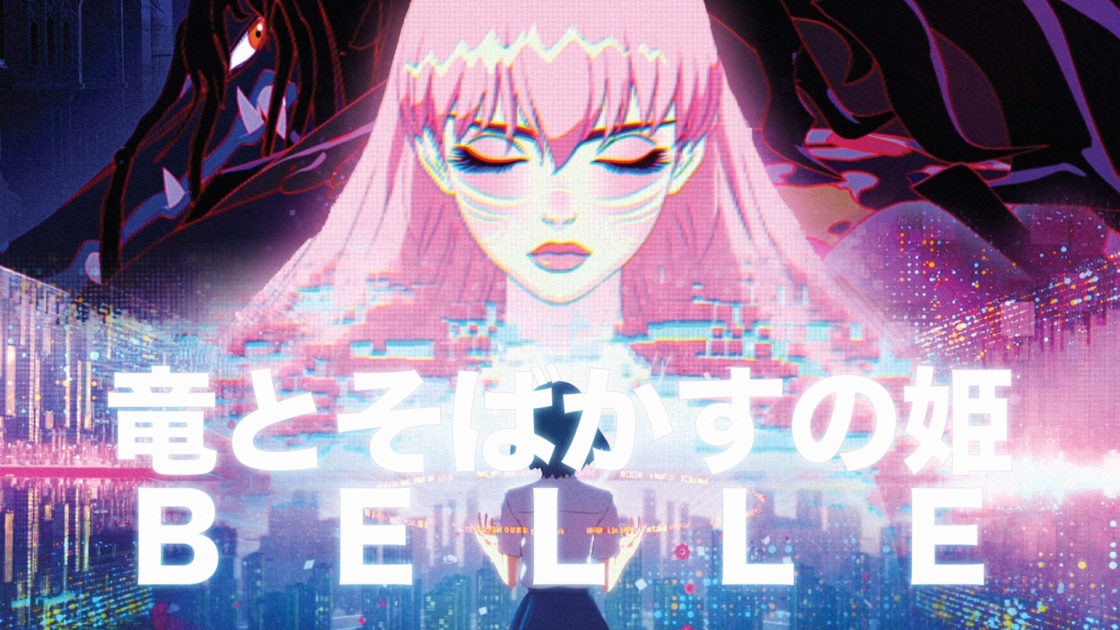 We’ve heard the story before, a tale as old as time but probably never told in such a more relevant style to today’s modern age. The Belle film is the story of a young girl named Suzu, a high school student with a rather turbulent past that affects her typical day-to-day life. Here is my review of this amazing animated film (mild spoilers).

Suzu lives with her father in a rural village, living only as a shadow of her former self. However, one day, she enters “U,” a massive virtual reality world filled with over 5 billion members on the internet, where she adopts a brand-new reality as her online persona, Belle. Since her arrival on U, Belle became a world-renowned singer, loved by fans worldwide.

After rising to stardom, she holds a concert that becomes interrupted by a vigilante creature known as “The Dragon.” She grows curious about this individual and searches out for him. Together, they embark on an adventure in search of who they truly are in a virtual world where you can be anyone.

The film, directed by Oscar®-nominated director Mamoru Hosoda, has obtained critical acclaim by audiences worldwide, even going as far as to receive a 14-minute standing ovation at the Cannes Film Festival 2021, and rightfully so. The modern take of an age-old fairy tale with relevant themes and powerful messages enthralls any audience who has the opportunity to watch this movie.

The first act serves as an excellent introduction to the virtual world of “U” as well as who each character is, both in the real world and in the virtual one. The second act reels you in with each new element that gets revealed about Suzu and the world around her, as well as the mystery behind the “Beast” known as the Dragon. The film’s final act was perhaps one of the most beautifully coordinated segments for not only an animated movie but film in general.

The animation was splendid, using traditional 2D anime techniques to represent the real world. At the same time, the Virtual World of U was animated with more modern and fluid 3D applications, representing the contrast between both worlds. The songs and the score for the film are masterfully composed, with “A Million Miles Away” being my absolute stand-out favorite. The scene, music, and visuals, all in perfect coordination, were enough to draw tears from the audience I was watching it with, including my own.

I would rank this film as an absolute 5/5 stars. This film already has racked up 19 nominations, including 5 Annie Awards, and I can see this film getting an Academy Award nomination for Best Animated Feature Film. I cannot stress it enough. If you can, please go and watch this film.

Check out the official trailer for Belle below. Now playing, look for it in theaters near you.