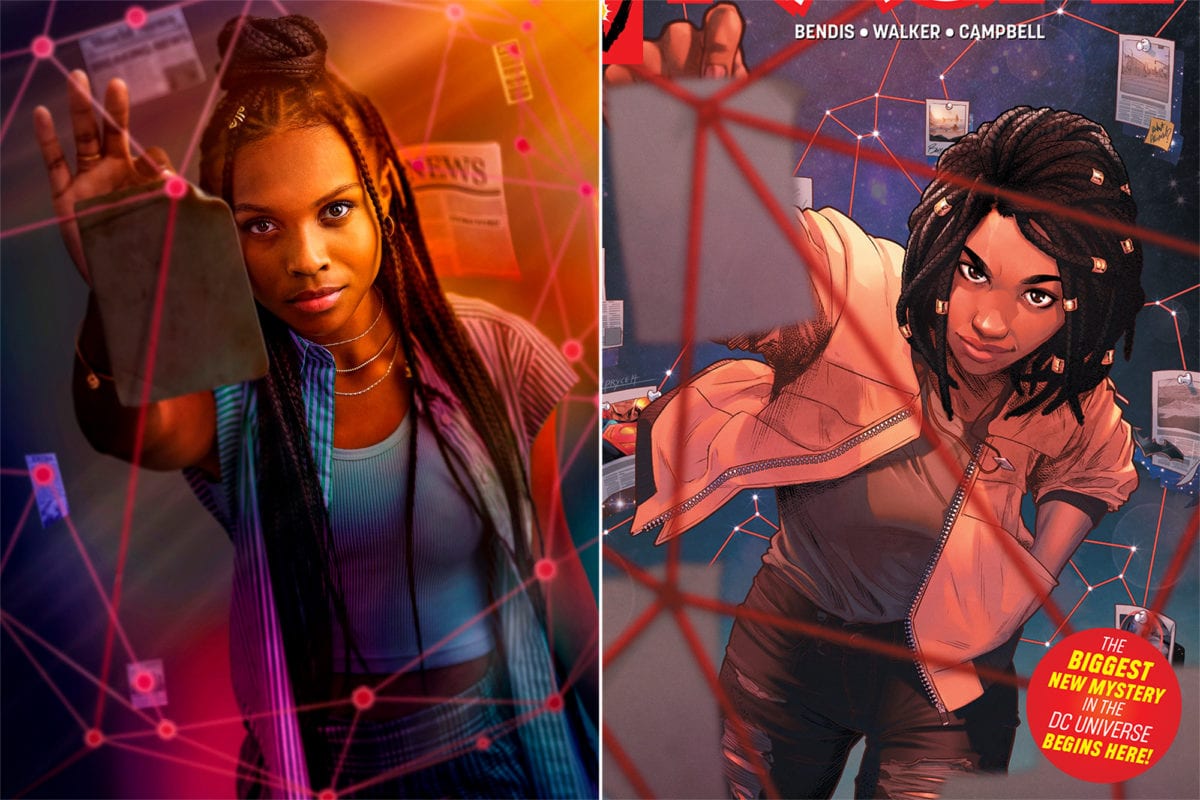 The Naomi series by DC was initially announced in December 2020 with Ava DuVernay and Jill Blankenship (producer of Arrow) attached to the project. At the time the Arrowverse was in full swing, with Arrow (the pilot show to the universe) coming to a close. This felt like the start of a different phase for the CW superhero world, where old heroes would leave and pass the baton to the next group. Black Lightning and Supergirl were announced the following season to also be ending. So when Naomi was announced on that wintery day, it felt like a new phase of the Arrowverse was beginning to form. And within less than a year from when it was officially announced as in development, the series has finally begun filming.

In a tweet posted to DuVernay’s personal Twitter, the esteemed director of films like A Wrinkle in Time and 13th indicated that today was the first day of filming for the Freshman superhero show. The tweet was accompanied by a picture of a clapperboard with a look at the show’s logo. It appears to be a simple logo with Naomi written in large letters of red and black, each containing a lot of negative space. The O in her name also has a sun-looking symbol radiating from the top, which is similar to the symbol that Naomi tends to wear on her hero uniform in the comics. Perhaps hinting that we will see the titular character in a similar suit to her comic book counterpart.

We also get two names that are important to the first days of the series, DeMane Davis as director and Cliff Charles as cinematographer.  Davis has served as a director on a few episodes of Queen Sugar, an episode of You, and even How to Get Away With Murder. She was also a producer on shows like Clarice (a spinoff of Silence of the Lambs), Self Made starring Octavia Spencer, as well as Queen Sugar. It seems like she has been attached to quite a few acclaimed projects and has worked with high-profile individuals. Charles, on the other hand, served as a cinematographer on shows like Swagger, Marvel’s Cloak & Dagger, and Hannibal Buress: Comedy Camisado. Between the two individuals, it seems like a combination of shows with moving stories as well as some high-velocity superhero action.

Naomi stars Kaci Walfall as the titular character who discovers her powers and heritage in a small town reeling from a fight between Superman and Mogul. There is no word if Tyler Hoechlin is reprising his role of Clark Kent from the Arrowverse of shows or if another will take up the mantle. The show is based on a comic series of the same name that is relatively new at DC, debuting in 2019. In the comics, her powers consist of flight, super-strength, and energy manipulation, while also downing a suit of armor. The series also stars Cranston Johnson, Alexander Wraith, and Camila Moreno.