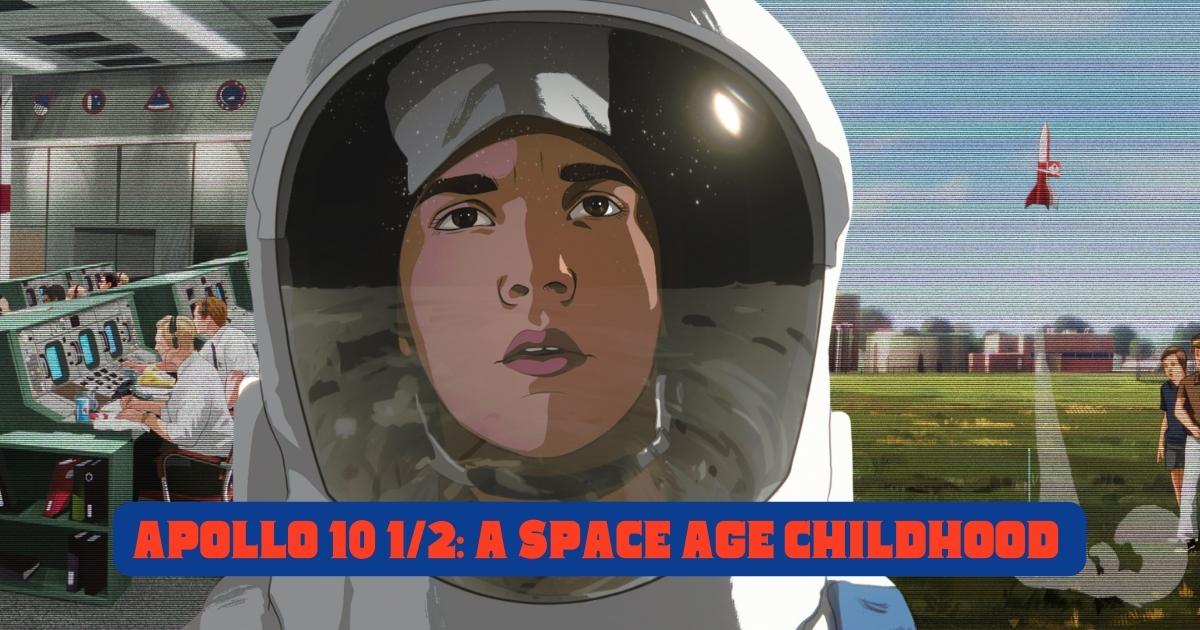 One thing I do enjoy about Netflix releases is when they do trailer drops randomly throughout the week, when I saw the animation style followed by the name Richard Linklater, I knew I’d want to see it. Linklater worked on two films that defined my childhood, School of Rock and Dazed and Confused, and also delivered Fast Food Nation the same year his highly-acclaimed A Scanner Darkly was released (2006). Apollo 10 ½: A Space Age Childhood employs a similar rotoscoping technique to give it an animated look, and I found it to be a fantastic tool in shaping the scenes in space.

Most of the time the story is spent in day-to-day life in Houston, over the summer of 1969. Yes, indeed, the same summer where Neil Armstrong and Buzz Aldrin made that fateful trip to the moon. Before jumping right into the mission and training, time is spent with Stanley and the other parts of his summer before his moment in space.

Jack Black does narrate over young Stanley for a good majority of the film, which I find great as he himself is the son of a NASA engineer. His mother was Judith Love Cohen, she worked on the Apollo Space Program on the Abort-Guidance System.

Milo Coy as younger Stanley is fantastic, as he navigates through a monumental time in American history with the backdrops of Hippies, War, and Movements that defined a decade. Zachary Levi plays a NASA official who sees the promise in young Stanley and alongside Glen Powell, runs him through the wringer to see if he’s ready to soar among the stars.

Before going into outer space, we go around Space City – Houston. It was a delight to see the animations bringing back the 8th Wonder of the World, the Astrodome! I felt like I was transported back to my younger self when Stanley and one of his brothers go to AstroWorld for the day. It’s a nice sequence followed up by the family gathering to see the first walk on the moon.

As always, I live for the sounds and the insanely groovy soundtrack hit the beats well almost every time. The variety was welcome too, Glen Campbell and Pink Floyd with touches of surfer-rock and some psychedelic waves.

Back in orbit, there’s almost no tension and the parallels of Stanley to the Neil Armstrong are well measured. The final bit is a satisfying conclusion that brought tears to my eyes,

Houston, we have no problems here. Apollo 10 ½: A Space Age Childhood was brilliant, I enjoyed every moment whether it was on space or Earth.

Check out the trailer below for Apollo 10 ½: A Space Age Childhood and catch it on Netflix on April 1st! Let us know on Twitter if you’ll be watching this!