Reflecting on the ‘Andor’ Series 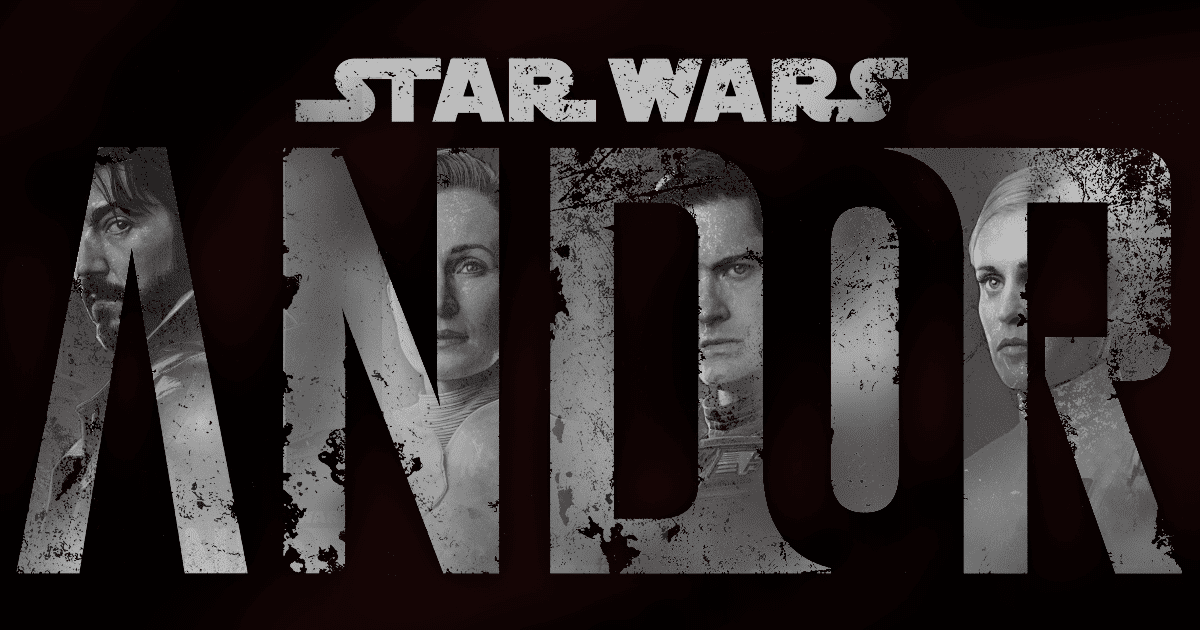 Reflecting on the ‘Andor’ Series

There’s a lot that to be said about how the Andor series has been excellent in its writing, cinematography, production design, soundscape, and themes. Audiences have been drawn to the stakes, to the realism, to the fear and the hope. There’s action, there’s mystery, there’s betrayal, there’s humanity, and there are twists. It’s a complex, enjoyable series and assuredly well-crafted. Not only is Andor a good show by Star Wars metrics, but Andor is a good show by any critical metric at all.

However, there is something else about Andor that should be examined, something that pushes it a level above most well-made TV shows. In our current media landscape, there has been a lot of contention about Hollywood endlessly recycling safe, recognizable characters in a slew of sequels, prequels, remakes, reboots, and crossovers. If studios are eschewing risky original stories in favor of the financial security of familiar finely-tuned franchises, should audiences inherently dismiss the value of IP media?

Andor has the potential to reshape the limits of what Star Wars and general IP media can be. As opposed to most franchise installments, Andor doesn’t rely on nostalgia, famous characters, action figures, lightsabers, or any recognizable iconography at all. Showrunner Tony Gilroy is notorious for not even being a Star Wars fan in the first place! And yet, the show is so essentially, faithfully Star Wars.

And yet, that is the allure of Andor. It is re-examining story elements millions of audience members have taken for granted for decades and presenting us with a new, richer understanding of the text we already knew. Not only is Andor a great show, but it uses the fundamental tenets of Star Wars to flesh out one of the most Star Wars stories of all: the story of rebellion.

Arc after arc, Andor is the story of scrappy underdogs fighting oppressive evil forces. This is the original story of A New Hope from 1977, and of a key part of the Original Trilogy as a whole. This basic structure is so essential to Star Wars that it was mirrored in the Sequel Trilogy written four decades later.

But what Andor does differently is that it takes this core concept and closely scrutinizes every aspect of it across twenty hours of television. Andor explores the motivations behind rebellion and oppression, the most basic, ground-level ideas of the earliest Star Wars stories, with a level of detail unseen in almost five decades of the franchise’s history. But beyond every rebellion, there’s something even more universal: the story of hope.

Andor as a story of hope

Andor is the quest for hope in a dystopian nightmare of injustice victorious. Amplifying the drama of the entire Star Wars saga, Andor actually shows what happens when evil wins. It’s a question left unspoken after Revenge of the Sith, yet it is so crucial to understanding the conflicts in the Original and Sequel Trilogies and even parallels frightening political scenarios in our real world.

What happens when the ultimate dictator reigns supreme and bends all of society to their cruel vision, for decades uncontested? In this ultimate worst-case scenario, who are the heroes that will save us? What is the story of the people who will not surrender their dream of a better tomorrow, who will “burn their lives to make a sunrise they’ll never see,” and who will organize to overcome the cruelest embodiments of humanity? Despite the grit and the realism, Andor is the story of exceptional hope on an otherworldly scale.

Andor is Star Wars, not because it evokes the nostalgia of familiar Star Wars memories, but because it captures the fundamental truth of Star Wars as a story of hope. Andor reveals what the Star Wars universe can be, liberated from the limited iconography we’ve seen in almost every installment thus far.

Star Wars has always been about more than space samurai and family feuds – at its core, Star Wars is about hope. All six of George Lucas’ films end with the promise of hope, even the darkest of them. If there’s any one consistent lesson to take from Star Wars, it’s the vision of a better tomorrow. Hope is the uplifting secret to Star Wars’ magic. It is inherent to the heart of the Rebel Alliance, and it is rightfully the driving force of Andor.

Tony Gilroy, a man who apparently isn’t a fan of Star Wars at all, has captured the essential essence of Star Wars in a way that very few creators have done since Lucas. He has created a rich tapestry of original characters, each with their own unique relationship to the Empire and a unique reason to rebel or cooperate, and the space for their stances to shift with time.

The show uses these gray areas to emphasize the realistic influences people have on each other, the ripple effects of ideas, and the consequences of actions. Over the course of 24 episodes, we will see the impact of the multiple events and characters that shape Diego Luna’s Cassian Andor from someone skeptical of rebellion into someone who we know is going to die for the cause. Andor is the journey of radicalization from reluctance, to rebellion, to revolutionary, powered purely by the infection of hope.

Andor has shown us why the Rebels rebel and how evil the Empire is, but an unanswered question remains why the Empire is evil. After being aware of the atrocities the Empire commits, what kind of desensitization could allow people to join the Empire in their conquests of colonization and otherization? How did the Imperial officers lose their sense of humanity?

One possible answer may be the arc of Syril Karn. As a potential dark mirror to Andor, Karn’s storyline may show us how a simple Imperial officer can become radicalized in their fanatical pursuit of societal order, perhaps even dying for their cause as well. Given the way we’ve seen Karn unfold from a tight Imperial officer into a creepy, delusional, rejected loner over the 10 episodes so far, I wouldn’t be surprised to see his character undergo dark, maybe even violent, Taxi Driver parallels before the end of the season.

As we prepare for the end of season one, we can start speculating about connections to the Star Wars universe we’re familiar with. It seems likely that Maarva will die and Andor will blame the Empire, catalyzing his commitment to the cause. The groundwork might be laid for K-2SO’s introduction, perhaps in connection with the Niamos police droids since Cassian will probably return to pick up Nemik’s manifesto.

Vel, Bix, and Cinta’s futures are uncertain, but I feel their deaths are only a matter of time as well. Mon will likely abandon her family and political position by the end of the season after realizing her efforts to change the system from the inside have been fruitless. Dedra remains a wild card, but given her strong focus this season, I feel like her story will be coming to an end in favor of Syril getting more focus in Andor season 2. Luthen’s story will probably continue into season two as well, but his death is surely imminent.

But what are your thoughts on Andor? What do you think of the show so far, and what are your predictions heading into season two? Let me know on Twitter @vinwriteswords and remember to follow the site @MyCosmicCircus for Emily’s season one review coming soon!