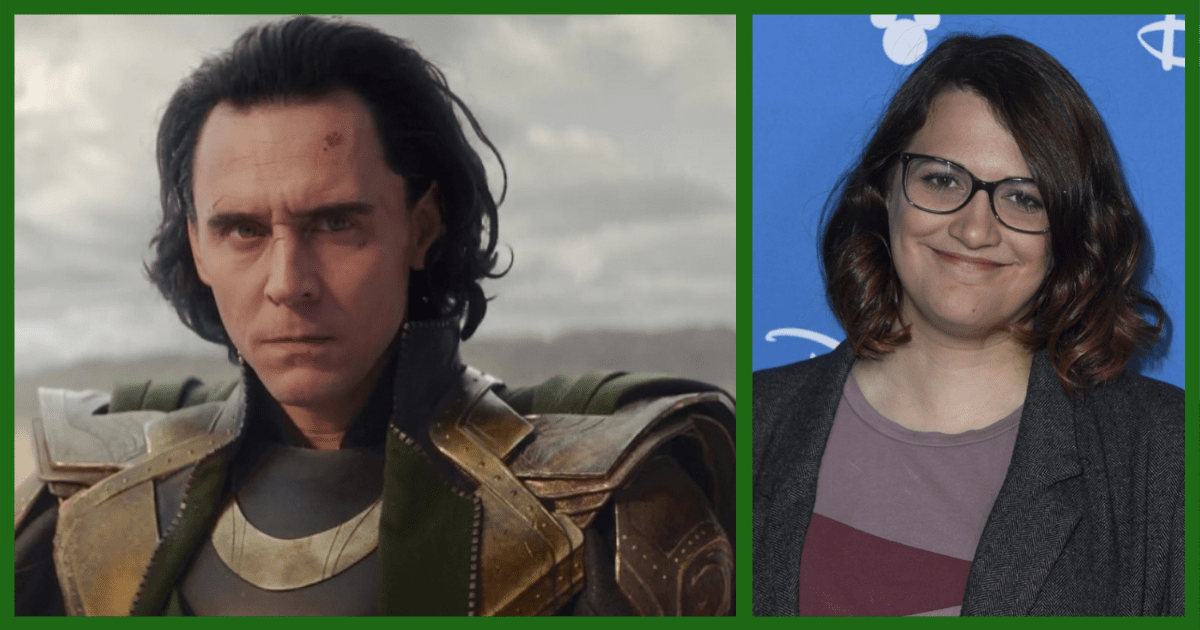 I can’t remember the exact moment when I knew you were different from others on the growing list of Marvel Studios directors, but I suspect it was either when I attending 2019’s D23 Expo and was able to witness the panel for the then-upcoming Disney+ streaming service (from my hotel room, that is…yeah, I didn’t get into the hall for that presentation) and saw a short, bespectacled new-to-me face director with an owner who was beaming at the prospect of getting to direct a series based on one of her longtime favorite Marvel characters. Or another, less publicized instance around the same time which was only documented by some bystander fans of you wandering around New York with Tom Hiddleston for hours, discussing the details of the Loki series and shoot.

Of course, in praising you I mean no disrespect to the other awesome directors over at Marvel (yes, I feel I need to make that clear because I know people reading this are gonna twist it one way or another) but the main difference between you and at least most of them is that you were, essentially, a “fangirl” of the Marvel universe before actually getting to helm a project within it. And this was essentially confirmed in the pre-season press for Loki when the story of how you got the job came out.

There have been a lot of crazy behind-the-scenes stories at Marvel, but yours is one of my favorites, and one that I think will prove to be an inspiration to many people (it already has been for me!). The way you went beyond what you were told to do and came armed with your A-game to your first meeting with Marvel, bringing a whole pitch to what was meant to be a casual thing. You knew it was better to come over-prepared than under-prepared and that being the most passionate person about a project counts for something, even when you’re not the most experienced. This is something that I’ve had to make work a lot in my life, but seeing someone manage to pull it off in such a major way has given me the drive to go full steam ahead with confidence in the matter.

When footage from the show and set started rolling out, I knew it was going to be something special. I was plenty excited beforehand since I already loved the character of Loki and was eager to see what Marvel would do on Disney+, but when I finally got a taste of the project itself there was this passion and warmth radiating from it that I felt connected to immediately. Everything I’ve seen out of it since – from the pre-season press to the Marvel Studios ASSEMBLED documentary – only reiterated that, and while all involved in the process surely contributed to this magic, I know the vibe of that kind of environment comes from the top down…with the director being at the top of this particular one.

Of course, the show itself wouldn’t be what it is without you, and so many others have already pointed out the amazing things your influence brought us; the unashamedly raw emotion from the characters, the practicality of the women’s costumes, the LGBTQIA+ representation that I’m sure you had to fight hard to get in there.  But above all, Loki is about identity, and even when I was thrown off or confused by some things on the show upon initially seeing them, I knew that they had a key “glorious purpose” in enriching the story. I felt validated and seen upon learning from you that my suspicions about things like the meaning behind the Loki and Sylvie relationship were correct and that it was all about learning to see the good in oneself through others, a metaphor of sorts. Things like that contributed to the overall feeling I got from the show, one with many moments of hope and peace that will stay with me for a long time. For me, the world of Loki felt eerie yet also comforting, like being in a scary place but realizing those within it might not be as intimidating as at first glance, and may even become your people, and in turn, that place your place, (with that in mind, you can imagine how those last moments of the finale did a number on me).

For a long time, I’ve wondered what it would be like to be in the position of having created something with such a strong and passionate fanbase, and how I’d react to it. Would I enjoy seeing people theorize about and interpret my work, or would I get upset when they inevitably didn’t view it the same way I did? (This is actually something I already experience to a certain degree doing articles and it stresses me out as is.) I have to commend you on how you’ve encouraged our enthusiasm as fans but largely stayed out of the commentary, not because I don’t want to hear what you have to say, but because, as you’ve said, you see all of our thoughts and opinions as valid and don’t want to discount or taint any of them. This is yet another reason why I’ve loved having someone who has been on both sides of the fandom aisle at the helm of this project.

I was over the moon when Season 2 of Loki was confirmed – and still am – but logging online and reading the news that you wouldn’t be returning for it was a gut-punch, something I didn’t see coming but probably should have considered the possibility of (I know you were in Atlanta working on this for two years without going home at all, and what you directed for this series was much more than most television or film directors do on a single project). So while I’m glad you’re leaving on your own terms and are even open to working with Marvel again in the future, I’ve had to take a bit of mourning time. I was looking forward to your next piece of masterfully crafted storytelling and a new crop of on-set adventures, and already had my fingers crossed to finally be a firm stop on the press circuit by then after just missing out this time around and sit down with you for an interview about your newest work of art. But I know you’re not leaving behind creating, just Marvel (for now) so I look forward to the project that is going to give us all of that, even if it doesn’t involve a mischievous scamp with gold horns and the power to conjure blankets that look like tablecloths.

One thought on “An Open Letter to Kate Herron, My New Favorite MCU Director”