After her breakout performance in WandaVision, Kathryn Hahn’s Agatha Harkness is set to dominate the pop culture world once again in Agatha: Coven of Chaos. Gathered below are all the Agatha comics to keep you hexed until the series comes out!

Agatha’s lasting legacy in the comics is her central role in the lives of Wanda Maximoff and her children. Originally introduced as the nanny for Franklin Richards, Agatha quickly took on a new type of guardian role when she began tutoring the Scarlet Witch as her mysterious past was gradually uncovered.

From the Fantastic Four to Strange Academy, from the Midnight Sons to the Daughters of Liberty, just who is Agatha Harkness? Read on to find out!

For more related to Agatha Harkness’ comics, check out our other reading guides for Scarlet Witch and the Young Avengers! Agatha Harkness originally appeared in 1970, created by Stan Lee & Jack Kirby as a powerful supporting character in Fantastic Four. It wasn’t until Avengers #128 four years later that she met the Scarlet Witch and Vision, who would soon transform her reality entirely in the 1980s.

In the late 1970s, Agatha’s son Nicholas Scratch was introduced with her origin story in Fantastic Four #185-188! He is another character we could meet in the Disney+ show as a major villain in Agatha’s comics history. In fact, Scratch might have been the inspiration for “Señor Scratchy,” Agatha’s pet rabbit in the MCU. However, in the comics, Agatha has a magical pet cat named Ebony. Could Señor Scratchy be a combination of the two characters, with hidden magical traits of his own? 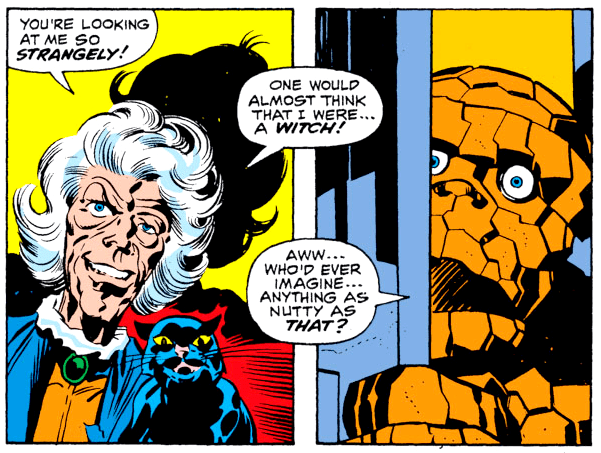 In the 1980s, Agatha took on her main role as the mentor of the Scarlet Witch. This quickly evolved into a new level of responsibilities when Wanda magically gives birth and Agatha struggles to resolve the situation.

This saga totally changed Wanda and Agatha’s comics relationship forever, and has had a seismic impact on their history across media. This was the inspiration for Agatha’s role in WandaVision, and will likely influence Coven of Chaos as well. (Plus, Mephisto actually shows up in the comics)

Besides the introduction of Wanda’s kids, Vision and the Scarlet Witch also saw Agatha caught in the New Salem witch trials. Episode 8 of WandaVision showed a brief scene of the original Salem witch trials, but perhaps there’s more to the story in the MCU? This is also the first appearance of Agatha’s ghost, who has a key role in the Midnight Suns video game. (Check out Vic’s game review here!)

You can continue the story with the full Scarlet Witch and Young Avengers comics guides! 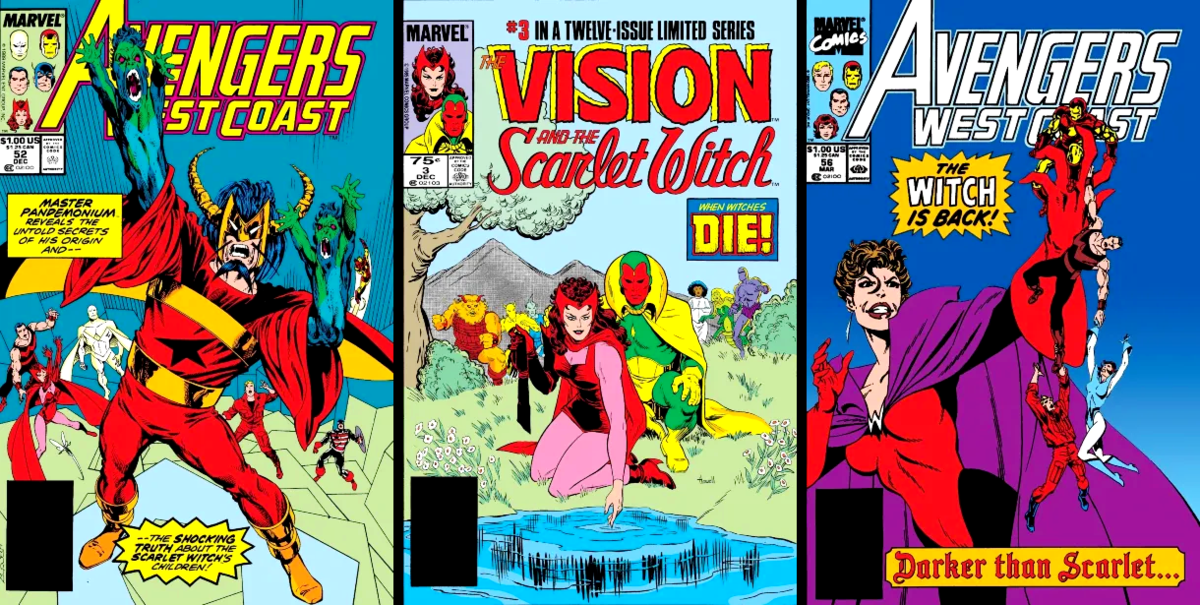 In the 90s, Agatha settled into a cameo role, showing up for only a few appearances at a time. Agatha was briefly involved in the Midnight Sons’ Darkhold comics series with Doctor Strange and Wanda, but her main role was mentoring Wanda in the Scarlet Witch solo series and Avengers (1998) #10-11. But Agatha’s actions from West Coast Avengers come back in a major way during Avengers: Disassembled!

After the events of Disassembled, Agatha was inactive for nearly a decade. Because of this, she missed the “reincarnation” of Wanda’s children in Young Avengers (2005), and was not able to mentor Wiccan until the Hulking & Wiccan comic series in 2022.

Continue the storyline with the Young Avengers and Scarlet Witch reading guides! Agatha Harkness was brought back to the comics universe just a few years ago, and she’s already made a huge impact in Marvel’s magical magazines.

After being re-introduced in Tom King’s acclaimed Vision series, Agatha went on to guest star in Wanda’s 2010s solo Scarlet Witch comic. She also became a regular professor at Strange Academy, mentored Wiccan in the Hulkling & Wiccan Infinity Comic, and has a central role in the current Midnight Suns comic series.

Agatha’s comics history has been fleshed out more than ever thanks to flashbacks with an ancient witch coven in Midnight Suns and with the Daughters of Liberty in Captain America. And in Captain Marvel she had one of her best team-ups ever with a group of iconic Marvel witches, which might be an exciting glimpse of what we’ll see in Coven of Chaos! 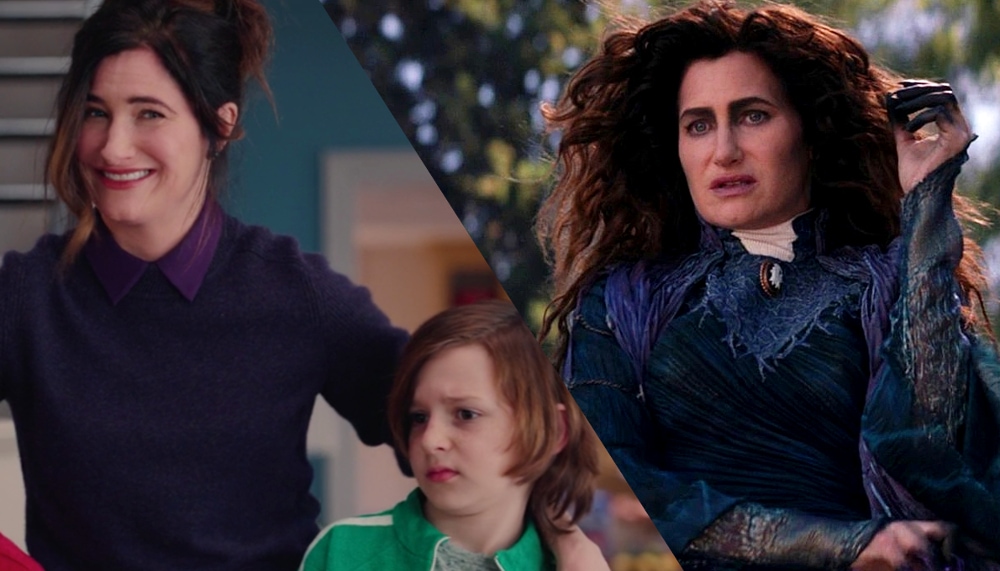 And those are Agatha Harkness’s comics of chaos! How excited are you for the new show? Have you ever read any of Agatha’s comics before? Let me know on Twitter @vinwriteswords and remember to follow the site @MyCosmicCircus for more witchy words coming soon!

Check out our full list of reading guides here and our Scarlet Witch and Young Avengers comics guides below! 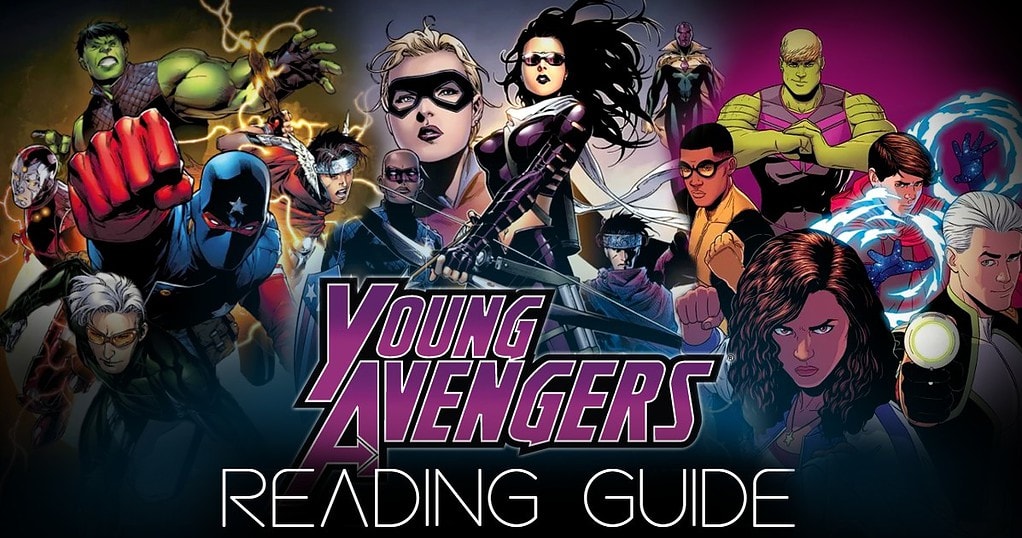