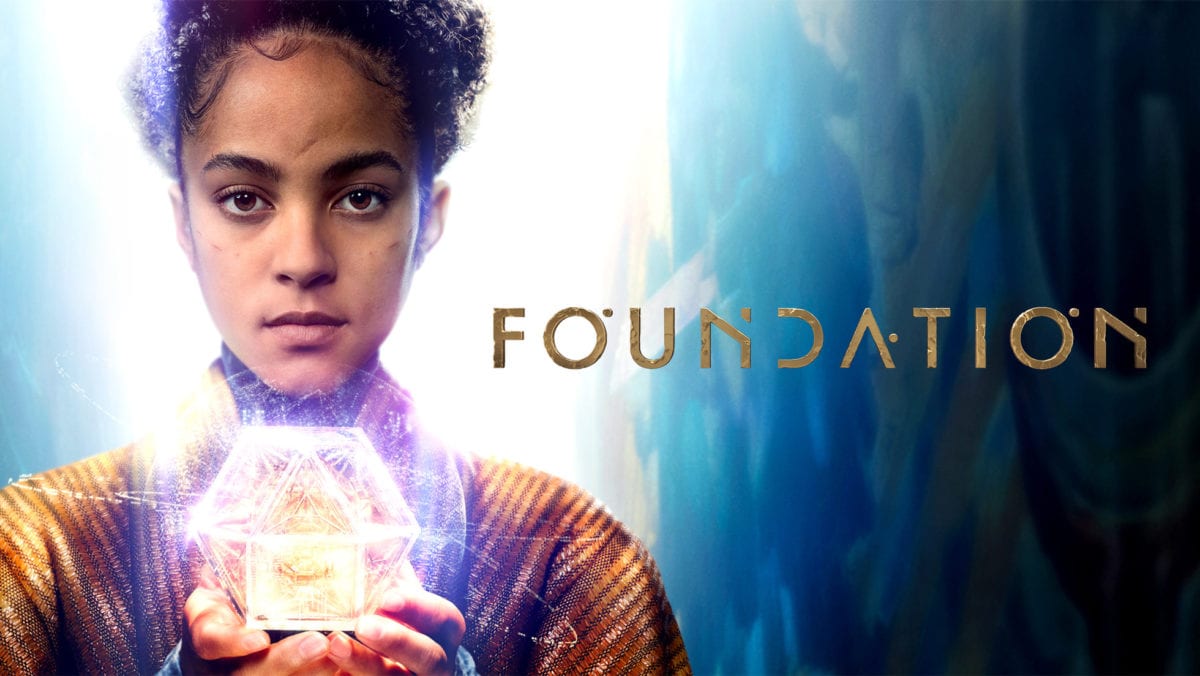 This afternoon, David Goyer, showrunner and producer of Apple TV+’s Foundation, sat down to chat with the keyboard masses at Reddit about the Isaac Asimov-based series.

Since our site’s resident Foundation super-fan Tucker is away at a cabin in an undisclosed location and therefore not available, I decided to do a quick recap of some of the cool bits Goyer dropped at the AMA.

If you’ve read previous interviews with Goyer about the show, then the stuff from the AMA is probably not totally unfamiliar. But what is encouraging is Goyer’s enthusiasm at engaging with the fanbase. That rapport yielded some fun stuff.

On to the news…

1. The show is a remix & meant to be fun if you haven’t already read the books. Think what comic books are to the MCU. So if you haven’t read the 18 novels set in the Robot/Empire/Foundation universe, don’t fret. (And since we’re currently on episode 5 of the show, there’s still time to binge and get up to speed on things before they go thoroughly down the 8-season story path that Goyer has planned.)

2. Because this universe is a remix, some characters are combined, and some are at different stages in their life. Gaal, played by Lou Llobell, for example, is a combo of 2 characters. Salvor (Leah Harvey) is also very different than the books.

Our Salvor is not the fully-formed Salvor of the books. This is her origin story. We’re picking her up a good 20 years before the Salvor that appears in The Encyclopedists. She hasn’t yet internalized the teachings of her father, etc.

3. Goyer addressed the backlash to diversifying the universe.

We knew there would be some fans that would resist — but honestly, it seemed crazy not to depict a future that was more diverse. And I would argue that there was very little in Asimov’s original characters that mandated they be a certain race and/or gender.

4. The laws of robots ARE cannon and exist in the show…but that doesn’t mean everyone is following them. Wink wink, nudge nudge, Demerzel. Goyer was loathed to explain beyond this because it would spoil too much of the show.

5. And while we’re on Demerzel…There are some limits to how far the show can go with characters. The rights to R. Daneel Olivaw are part of the I, Robot rights package. Skydance/Apple doesn’t have those rights, so we won’t see that part of the character. Goyer was frank that the Foundation team was given clear dictates as to what they have access to. It should make for some exciting and creative storytelling.

6. Asimov was seriously influential in the world’s cultural psyche, influencing everything from Dune to Star Wars. While building this Foundation universe, Goyer and his team had to be careful not to reference those things.

Yes, to a certain extent, we had to make sure we weren’t referencing Star Wars or Dune — particular visually. We were cognizant that characters in the 2nd Foundation had been antecedents to the Jedi and/or users of the Voice in Dune. Same with Trantor and Coruscant, Galactic Empire in Star Wars, etc.

Goyer ended the AMA with a note that he was just heading into meetings for costumes for Season 2. The second season gearing up isn’t surprising – about a week ago, Apple announced that Foundation getting a season 2.