It’s almost Halloween and you only just decided to go to a party or trick or treating. So what are your options?! Listed below are 11 easy, last-minute, sci-fi, fantasy, and comic book-themed ideas that can be put together from regular “closet clothes” (and maybe a quick simple craft or trip to the dollar store).

While Wanda’s costume from the Halloween episode of WandaVision is sure to be a favorite this year, you can stand out from the crowd by dressing as modern-day Wanda! Put on a t-shirt and sweatpants and throw either a flannel shirt or a red hoodie on top. Complete the look with a messy ponytail, maybe a cereal bowl, and your remote control (just don’t lose it!). If someone thinks you forgot your costume, simply tell them that it’s “probably just a case of the Mondays.”

Start with a white button-up and black or grey bottoms (either long pants or a skirt) and add a tie with the color(s) of whichever of the four Hogwarts houses you want to represent: red (and gold) for Gryffindor, yellow (and black) for Hufflepuff, blue (and bronze or silver, depending on if we’re talking books or movies) for Ravenclaw, and green (and silver) for Slytherin.

You can also add a black cardigan or blazer to resemble the robes Hogwarts students wear, and pick up a long, thin stick outside for a wand (or just grab a broom to “fly” on). And don’t forget those glasses and scar if you’re going as HP himself!

All you need is jeans and a red hoodie for the clothes! For E.T. himself, you can wrap any stuffed animal or even a bundle of other clothes in a white towel and grab a basket to carry it around in.

All of the Mystery Incorporated teens wear street clothes, but Shaggy is the easiest of all to emulate. All you need is a green t-shirt and dark (preferably burgundy) pants. If your hair doesn’t resemble the character’s signature look, it might be helpful to pick up a magnifying glass or stuffed dog resembling Scooby in order to accentuate the ensemble. 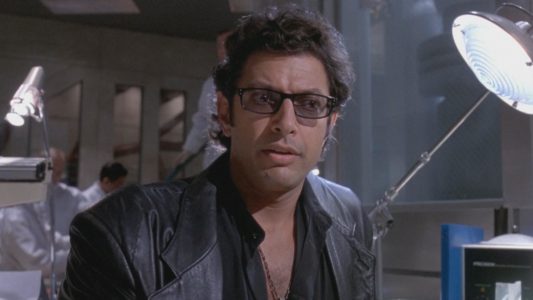 Like with Scooby-Doo, the Jurassic Park characters mostly wear regular clothes, but this guy’s are probably the easiest to replicate. Grab a black shirt and pants, a leather (or faux leather) jacket, and a pair of shades. That’s all there is to it! But if you’re feeling daring, you can always open the shirt up and add a splash of red paint, and leg wrap to replicate his most memorable look from the film.

Look in your closet and choose your fanciest (or not) dress. Whichever famous princess wears the same color dress is your costume. If this is a video game princess – particularly one of the Mario games – you can use yellow construction paper to make a crown in the same shape. Most Disney princesses don’t actually wear crowns or tiaras but you can try to find an accessory that would suit them in your closet or local dollar store.

Between comics, video games, movies, and TV series, Harley Quinn has so many looks at this point so if any of them resemble clothes you have in your own closet then go for it. If they don’t, no worries, just dress head to toe in black and red (and maybe a little white) and rock some pigtails. 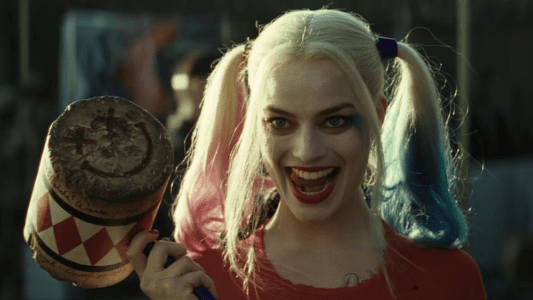 There are a lot of fun characters in Alice in Wonderland, but I’m going to be specifically focusing on the anthropomorphic animals because all you would potentially have to buy are whichever pair of animal ears applies to your chosen character (unless you’re going for the Walrus or the Mock Turtle, in which case, I can’t help you).

Your choice will probably come down to what you already have at home. If you want to be the March Hare or Dormouse all you need is a teapot and/or teacup. For the White Rabbit, you can make an oversized pocket watch from construction paper. All of these characters do dress on the fancy side, so dress as posh as possible, preferably in the colors most closely associated with your character.

Speaking of colors, if you’re going for the Cheshire Cat (my favorite!) the colors most closely associated with the character are purple and pink thanks to the animated Disney version of the story, so deck yourself out in those and your cat ears and you’re good to go!

If you’ve got cat ears but aren’t big on dressing in bubblegum colors, Catwoman may be the costume for you! Simply dress entirely in black, grab a black eye mask and/or whip (and your cat ears!), and you’re done!

If you have a t-shirt with any DC character or logo on it, here is the costume for you. Wear street clothes, or whatever the civilian version of your character would wear, but have the shirt’s design peeking out from underneath. And if you are going as the OG himself, don’t forget your glasses!

MCU heroes have adopted a disguise that is used so often it’s become a meme. You just need a baseball cap and glasses (regular or sunglasses, doesn’t matter). Bonus points if your hat has a S.H.I.E.L.D. logo announcing your identity to help with the covert part of your job!

Happy Halloween from everyone at The Cosmic Circus!