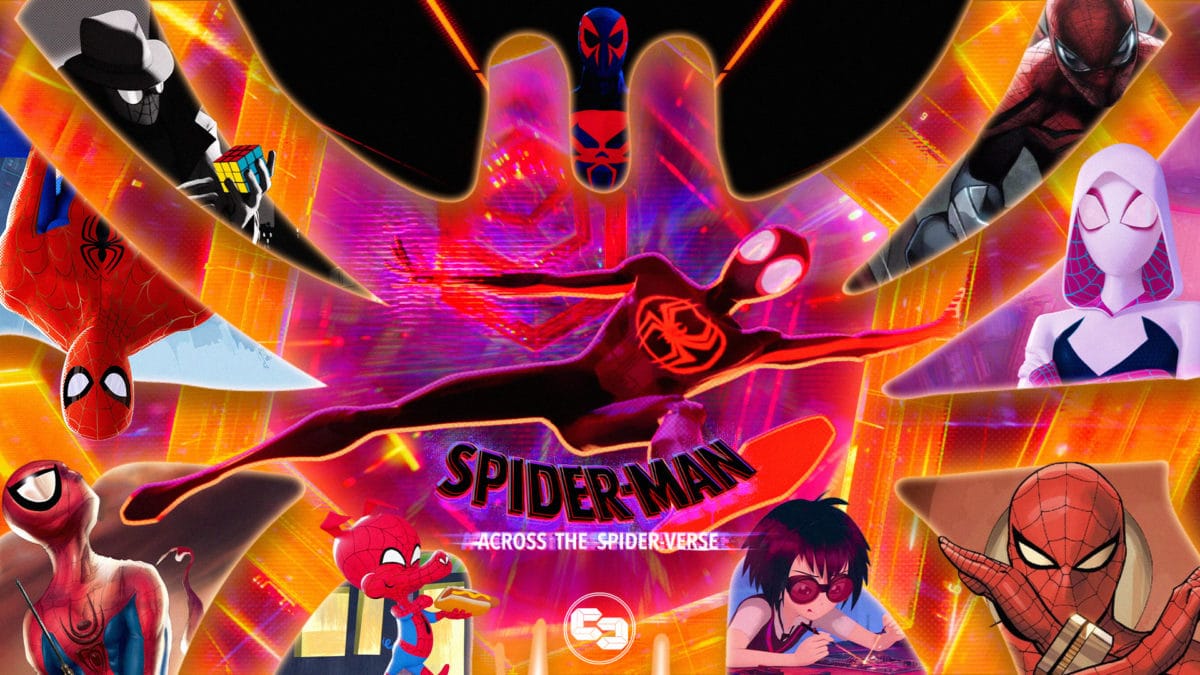 The first teaser for Spider-Man: Across the Spider-Verse: Part One finally dropped as part of the Sony Panel that took place at CCXP Worlds back in December. The trailer offered fans a glimpse of what happened following the end of the sequel’s critically acclaimed predecessor, Spider-Man: Into the Spider-Verse, along with an official synopsis.

Miles Morales returns for the next chapter of the Oscar®-winning Spider-Verse saga, an epic adventure that will transport Brooklyn’s full-time, friendly neighborhood Spider-Man across the Multiverse to join forces with Gwen Stacy and a new team of Spider-People to face off with a villain more powerful than anything they have ever encountered.

Among the many things that have people talking about this trailer, one of the most essential discussions revolves around the characters returning for the sequel or being introduced for the first time. But with an infinite number of Spider-Variants out there in all of Marvel Comics, where does one even begin to look? Let’s break it down and list the potential Spider-People we will likely see in this film. This one seems like an obvious one but definitely worthy of mentioning. When asked whether or not we would see some of the characters introduced in the first film, Phil Lord and Christopher Miller teased to EW, “Miles will reunite with some old friends and meet… a lot of new ones.”

We already know that Shameik Moore returns as Mils Morales alongside Hailee Steinfeld is returning as Spider-Gwen, Jake Johnson as Peter B. Parker, aka Spider-Man, and Oscar Isaac as Miguel O’Hara, Spider-Man 2099. We can also expect to see the return of a favorite amongst the fans, Nicholas Cage as Spider-Noir. And while the SP//dr robot may be out of commission following the ending of the first film, there is also the possibility of seeing Kimiko Glenn return as Peni Parker with a new and improved model of SP//dr. Which may potentially interact with our next entry. Toei’s interpretation of the character was confirmed to be appearing in the upcoming sequel back in 2019 in a tweet by Phil Lord.

It wouldn’t be the first time Takuya Yamashiro would dabble in the Spider-Verse lore, as he and his trust mecha, Leopardon, aided the Spider-Army in the battle against in the Inheritors in Amazing Spider-Man #12. He also appeared later on during the Spider-Verse sequel comic arc, Spider-Geddon. So, we can expect “the Emissary from Hell” to make an incredible impression on moviegoers. Earlier last year, Issa Rae was confirmed to be lending her voice as the newest Spider to join the team, Jessica Drew aka Spider-Woman. Interestingly enough, her character served a very prominent role in the comic storyline of the Spider-Verse, acting as a spy inside enemy lines while feeding information to the rest of the Spider-Army. While it is still too early to tell how her character might fit into all of this, we can assume she’ll be a leading member of the brand new Spider team with her experience as a field agent and a superhero. This character’s appearance in Across the Spider-Verse was set up during the events of the original film back in 2018 in an “alternate universe” cut of the film. Olivia Octavius stares off into Collider as she pronounces her own version of the iconic from Spider-Man 2, just as she takes the plunge into the Multiverse, never to be seen again. You can peek at that deleted scene here below.

Later on Twitter, the associate editor of Into the Spider-Verse, Andrew Leviton, discussed the thought process behind the creation of that scene and why it was ultimately cut. The scene would have cut away from the impact the story was trying to deliver at that moment with Miles and while it was ultimately cut in the end, we never really saw what happened to Olivia Octavius in the final version of the movie.

The inclusion of this deleted scene in the “Alternate Universe” Cut of the film makes me believe that there may be a high chance of seeing Katheryn Hann return to the Spider-Verse franchise but as the Superior Spider-Woman, a play on the Superior Spider-Man character in the comics where Otto takes over Peter’s mind and becomes Spider-Man himself. Pavitr Prabhakar’s appearance in Spider-Man: Across the Spider-Verse was confirmed during the teaser trailer for the film. In it, we see the beautiful city of Mumbattan, where Miles and 2099 start to duke it out before warping to another universe. You can read more on what role Spider-Man: India could play later on in one of our previous articles. The Clone Saga is perhaps one of the more controversial in the Spider-Man storylines ever told across the Marvel Comics medium, so there is a bit of a love/hate relationship when it comes to the lore behind characters like Ben Reilly and Kaine Parker aka the Scarlet Spiders. Thankfully, their stories have come to be more beloved and appreciated by fans in recent years. Both Ben Reilly and Kaine Parker played an incredibly important role during their Spider-Verse tie-in comics; Scarlet Spiders. And Kaine Parker was actually one of the more important Spider-Verse members as he was one of the Spider-Totems at the time known as The Other. So I can definitely expect at least one of the clones to pop up during the events of either one of the upcoming Spider-Verse sequels. Lastly, but certainly not any less important, Cindy Moon aka Silk is a character that I can certainly expect to see her join the upcoming adventures of Spider-Man: Across the Spider-Verse. Much like Kaine Parker, Cindy Moon was also another Spider-Totem during the events of the Spider-Verse comics known as The Bride. Silk is also one of the more highly speculated characters to be making an appearance during this film and a fan-favorite amongst the Spider-Man community.

Who else do you guys think may pop up during Spider-Man: Across the Spider-Verse? Let us know on social media and in the comments below!